Sponsor a Child in Cambodia

The Cambodian SOS Children's Village Association was founded in 2000. The organisation first started working with children without parental care in the capital city of Phnom Penh. Due to the high levels of poverty and deprivation in the country, the organisation has continued to grow and now supports children, young people and families in four locations in Cambodia. 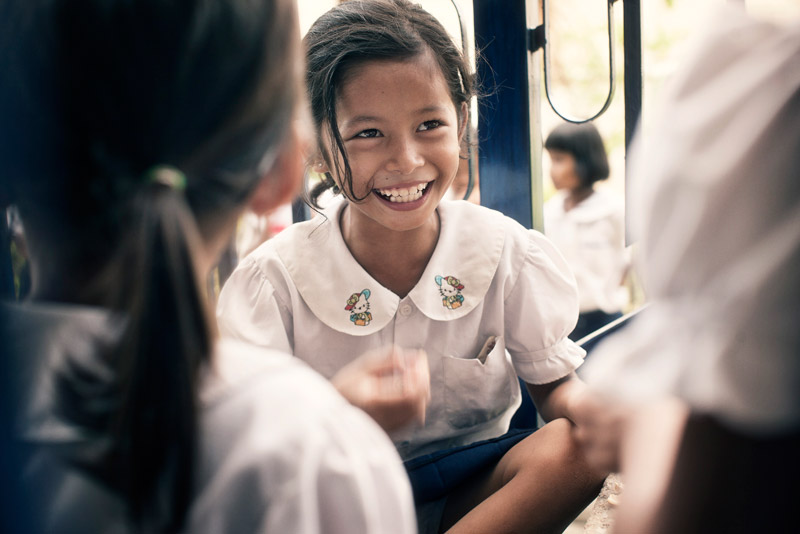 For just $36/month you can sponsor a child in Cambodia and help provide an orphaned or abandoned child with:

Please help us ensure a loving home for every Cambodian child. Sponsor a child in Cambodia now.

Sponsor a Child in Cambodia

In The Gambia, SOS Children's Villages started its activities in the 1980s. Because of the impoverishment of many Gambian families, a growing number of children end up without parental care, fending for themselves.

KINDERGARTENS
The SOS Kindergarten in Cambodia are a fundamental building block for the early development needs including, intellectual and social skills for children.
5
KINDERGARTENS
479
Kindergarten students

Some facts about Cambodia

The Kingdom of Cambodia is located in South-East Asia. It has boundaries with Thailand in the north-west and west, Laos in the north, Vietnam to the east and south-east and the Gulf of Thailand to the south. Around 14.7 million people live in Cambodia; the capital city of Phnom Penh has 1.5 million inhabitants.

Cambodia is still recovering from decades of conflict, which continued well into the 1990s. It is one of the most land mined countries in the world - since 1970, around 60,000 people have died due to explosions, and many more have been injured; the majority of these are children playing in the fields or herding animals.

One of the poorest countries in the world

Despite improving conditions over the past two decades, Cambodia remains one of the poorest countries in the world. Between 2004 and 2007, the economy grew by about ten per cent every year. As a result of the international financial crisis, the growth dipped in 2009, but rose again to six per cent in 2010.

Around 60 per cent of the population works in agriculture. The main agricultural products include rice, rubber, corn, vegetables and tapioca. Tourism and the export of clothes are also important sources of income. The garment industry employs about five per cent of the population and accounts for 70 per cent of exports. In spite of this recent economic growth, about one third of Cambodians continue to live below the nationally-established poverty line. Most poverty is found in rural areas.

There have been some improvements in health. For example, the infant and under-five mortality rates have improved in recent years. Likewise there has been an increase in the average life expectancy, though it remains relatively low at 60.3 for men and 65.1 for women. However, the high number of people suffering from HIV/AIDS poses a new challenge for Cambodia's fragile health system. Around 63,000 people are currently known to be living with the condition, though due to the lack of testing, it is believed that many more people are not aware that they are affected.

Financial experts believe that the Cambodian economy has potential to grow further due to mining and the discovery of oil off its shores. However, corruption is a challenge, with the country rated as one of the most corrupt in the world. Human trafficking is also a problem; people are trafficked both internally (from rural to urban areas) and internationally. Many are tricked into thinking they will be working in jobs with good salaries, only to find themselves forced to work for no pay in factories, agriculture, or as domestic servants or sex workers.

Situation of the children in Cambodia

Demographically speaking, Cambodia is a very young country. There are around six million children under the age of 18 and more than half the population is under 25.

An estimated 570,000 children live without parental care in Cambodia. Poverty, the years of conflict, migration and the rising number of people suffering from HIV/AIDS are the main reasons why children can no longer live with their families. UNICEF estimates that the increasing number of cases of HIV/AIDS may soon account for 25 per cent of children without parental care. It is reported that at least 6,000 children are living with HIV, but the figure is believed to be higher and growing - one third of all new infections are transmitted from mother to child.

About 45 per cent of children between the ages of 5 and 18 are involved in child labour. Children are found working in agriculture, the fishing industry, in quarries, as domestic servants or are forced to beg and sell on the streets.