Sponsor a Child in Cameroon

Although human development figures for Cameroon show a brighter face than those for most other African nations, many challenges still remain.

Rural areas are marked by food insecurity and thousands of children from marginalised families remain without access to education. Nonetheless, progress has been made since the economic crisis in the 1980s hit the country.

Sponsor a Child in Cameroon

SOS relies on the kindness and generosity of Canadians to be able to provide a home for the most vulnerable children of Cameroon.

Please help us ensure a loving home for every Cameroonian child. Sponsor a child in Cameroon now. Your donation will help change an orphaned or abandoned child's life. 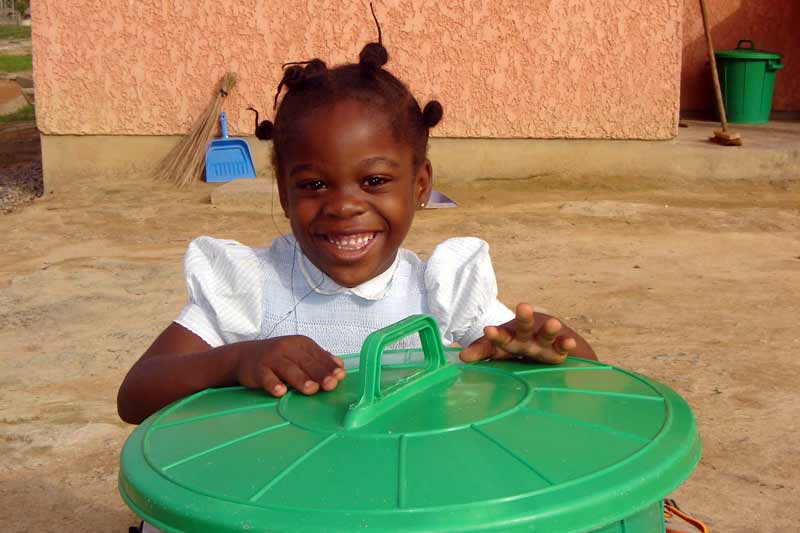 KINDERGARTENS
The SOS Kindergarten in Cameroon are a fundamental building block for the early development needs including, intellectual and social skills for children.
2
KINDERGARTENS
178
Kindergarten students

MEDICAL CENTRES
SOS Medical Centres in Cameroon provide quality health care to the children in our care, our staff, our staffís family as well as people in the surrounding community.
2
MEDICAL CENTRES
9411
Patients

At present there are in Cameroon two SOS Children's Villages, two SOS Kindergartens, one SOS Youth Facility, two SOS Hermann Gmeiner Schools, two SOS Medical Centres and one SOS Social Centre. The Republic of Cameroon is home to over 200 different linguistic groups and is a culturally diverse nation. During colonial rule it was divided into French and British Cameroon. French Cameroon gained independence in 1960.

One year later, British Cameroon voted in favour of unification with the francophone provinces in the north. Together they then formed the new Republic of Cameroon. What followed were two decades of autocratic rule until Paul Biya introduced multi-party elections in 1992.

Between 1985 and 1992, the country faced what has arguably been the worst economic crisis in Cameroon's history. Purchasing power diminished by around 70 per cent as inflation went up dramatically and unemployment skyrocketed. Public investments plummeted and poverty became widespread.

In the 1990s, fighting over the oil-rich Bakassi peninsula with neighbouring Nigeria provoked further tensions between the two states.

Cameroon still faces many socioeconomic challenges. However, it is politically and socially more stable than most other countries in the region. At present, Cameroon is home to nearly 20 million.

Persistent rural poverty yet to be eradicated

Around 55 per cent of the population live in poverty. However, human development is still higher than in many other African states.

In 2010, Cameroon experienced one of the most severe cholera outbreaks in a very long time. Until September 2010, nearly 5,600 cases had been reported and nearly 400 people had lost their lives as a result of the disease. Access to safe drinking water and decent sanitation facilities is necessary in order to prevent such outbreaks.

However, in rural Cameroon, only 50 per cent of the population have access to clean water.

Owing to high levels of poverty, particularly in rural areas, medical infrastructure often does not exist. The majority of the country's rural population are not able to pay for health services, not even in emergency situations.

Situation of the children in Cameroon

Women and children who live in rural areas are particularly hit by high levels of poverty in Cameroon. Nearly one in four children is either moderately or severely underweight. Young children often become the breadwinners for an entire family, especially in families that are affected by HIV/AIDS.

Child labour and child trafficking are persistent problems in present-day Cameroon. Thousands of children work under hazardous conditions on cocoa plantations. They harvest raw material that is later exported to western countries for the production of chocolate.

The implications of child labour are dramatic and include lower school enrolment rates, high drop-out rates for those who do start school and poor mental and physical development in general.

The practice of "placement" is an old tradition in Cameroon. Children from poor families are sent to wealthier families in urban centres where they are promised an education in exchange for domestic work. However, in many cases children do not receive what they had been promised. Sexual abuse and physical punishment frequently occur.

At 131 per 1,000 live births, the under-five-mortality rate in Cameroon remains high. However, the country is also characterised by a fairly high fertility rate of 4.17 children per woman.

The HIV/AIDS pandemic remains one of Cameroons most striking public health concerns. The overall prevalence rate is high at 5.3 per cent. Around 54,000 children aged 0 to 14 are living with HIV and nearly 340,000 have lost parental care as a result of HIV/AIDS.

Another health risk faced by Cameroonian children is malaria. 30 per cent of all child deaths under the age of five can be attributed to the disease. The government has increased efforts to fight malaria by investing in campaigns that educate the public and by increasing resources to combat the disease.

SOS Children's Villages started its work in Cameroon in 1995 when the first SOS Children's Village programme was initiated. Given the high illiteracy levels in the country, an SOS Hermann Gmeiner Primary School was opened only two years later. The economic crisis that hit Cameroon in the 1980s had a strong impact on the lives of thousands of Cameroonian children. Child mortality figures went up and primary school enrolment rates down. It was against this background that we started working in the port town of Duala.

Furthermore, an SOS Family Strengthening Programme was introduced in 2004. It aims to prevent families from falling apart and enable children who are at risk of losing parental care to grow up within the caring environment of their families.

At present, the organisation supports children in two different locations by providing day care, education and medical assistance. When children can no longer stay with their families they can be cared for by SOS mothers.