SOS Children's Villages has been working in China since the mid-1980s. Our work developed rapidly all over the country and we have been present in Nanchang since 1993. China has undergone many changes in the decades since, yet the need to support vulnerable children and families is as pressing today as it was thirty years ago.

What we do in Nanchang

Children who can no longer live with their families can find a loving home in one of the 12 SOS families. 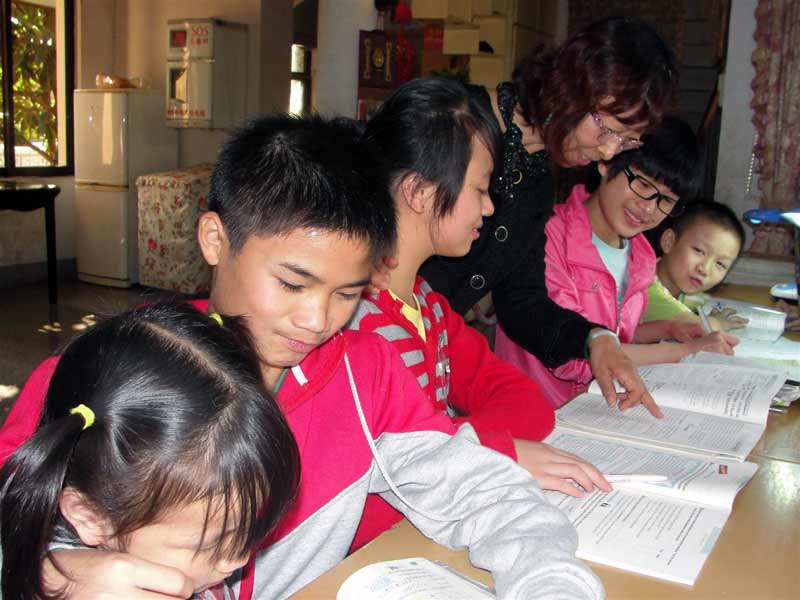 The children grow up with their sisters and brothers in a familial environment full of love, respect and security. Many of the children attend the nearby Nanchang Forest Park School and the relations with the neighbouring population are particularly good. The children are fully integrated into the local community as they are involved in after-school activities such as playing sports or musical instruments.

The SOS Kindergarten looks after children from both the SOS families and from the community. Having a place where a professional looks after their children while they are at work makes life easier for working parents.

Rapid economic reform has led to a growing metropolis

Nanchang is the largest city of the southern Chinese province of Jiangxi. According to the 2010 census, it is home to over five million people. The population of the city has grown rapidly in recent years due to the flourishing economy. Many people are employed in manufacturing or in the processing of food and paper.

Agriculture, especially rice farming, continues to be an important source of income and employment. The city is well-connected and has several ports where goods leave and enter the region.

The rapid rates of economic reform have led to an increasing rate in urbanisation. Given the significant income disparity between rural and urban areas, many move from the countryside to Nanchang city in search of a better life for themselves and their families. The majority of these new migrants do not settle officially in the city, and without legal documentation it is hard for them to access health care or education for their children.

Many children, often with a migration background, live in poverty. These children frequently suffer from ill health and malnutrition. In some cases they drop out of school as they have to work to contribute to the family's income. They beg or peddle small items in the streets. Their situation makes them vulnerable to commercial and sexual exploitation, violence and abuse. Many have already lost parental care, while others are at serious risk of losing it.

Working with other agencies to protect the rights of children

In 1991, China signed the UN Convention on the Rights of the Child, and has launched several programmes to improve the lives of children. We work closely with the local authorities who often refer children in need into our care. SOS Children's Village Nanchang is situated in the north of the city, not far from a large national park called Nanchang Forest Park.