SOS Children's Villages has been working in China since the mid-1980s. Our work developed rapidly all over the country and we have been present in Putian since 1999. China has undergone many changes in the decades since we started working there, and yet the need to support vulnerable children and families is as pressing today as it was in the last century.

What we do in Putian 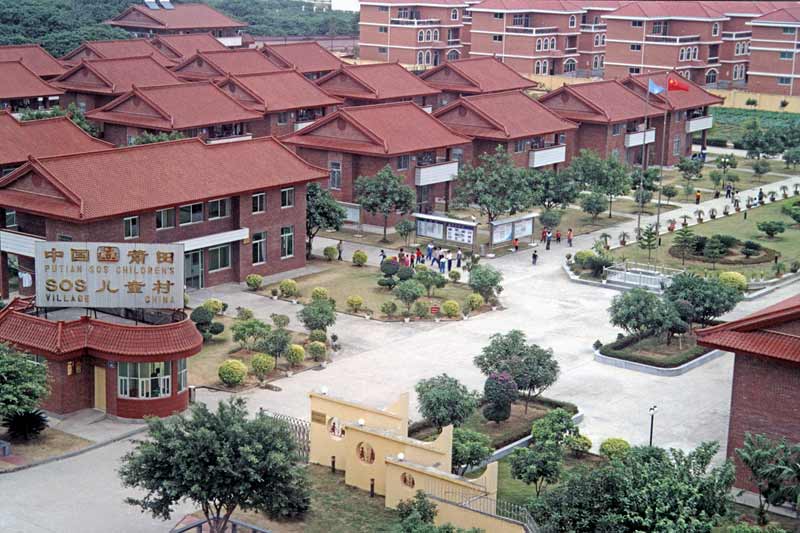 SOS Children's Village in Putian is situated about one kilometre from the city centre, in a residential area. Children who can no longer live with their families can find a loving home in one of the 15 SOS families.

The children grow up with their sisters and brothers in a familial environment full of love, respect and security. The children attend the local schools and are fully integrated into the neighbourhood as they are involved in after-school activities such as playing sports or singing in the choir.

The SOS Kindergarten looks after children from both the SOS families and from the community. Having a place where a professional looks after their children while they are at work makes life easier for working parents. Families who send their children to the kindergarten often need special support, and we do our best to provide them with it.

As the children grow older they can move into the SOS Youth Programme. There are two houses where they stay, one for girls and one for boys. With the support of qualified professionals, the young people develop perspectives for their future, learn to shoulder responsibility and increasingly make their own decisions. They are encouraged to develop team spirit and build up contacts with relatives and friends, as well as with the relevant authorities and potential employers.

1Youth Facilities
45Youths in our care

A growing gap between the rich and the poor

The city of Putian is located on the coast in the south-eastern province of Fujian. It is home to over three million people. The city has one of the fastest growing economies in the region; manufacturing, especially the production of shoes, is an important aspect of this increase in gross domestic product.

The city's ports provide a vital service for the export of goods. People living in the areas around the city also live off agriculture and fishing.

The growing economy has led to a corresponding urban expansion. The increase in jobs attracts many workers to move here from less prosperous areas. The rapid rate of industrialisation and urbanisation has resulted in problems relating to infrastructure. Although the government has been investing into programmes for creating employment, housing, and education, not everyone has benefited from the improved standard of living.

Many children, often with a migration background, live in poverty.

These children frequently suffer from ill health and malnutrition. In some cases they drop out of school as they have to work to contribute to the family's income. They beg or peddle small items in the streets. Their situation makes them vulnerable to commercial and sexual exploitation, violence and abuse. In fact in recent years, anti-trafficking campaigns have been organised in the city in order to reunite children who were often sold or taken away at a young age with their families.

In 1991, China signed the UN Convention on the Rights of the Child, and has since launched several programmes to improve the lives of children. We work closely with the local authorities who often refer children into our care. In addition, the local government provided the land where SOS Children's Villages is based. Historically, Fujian was an economically underdeveloped region, and there was therefore a special need to provide care for children who had lost parental care.