SOS Children's Villages has been working in China since the mid-1980s. Our work developed rapidly all over the country and we have been present in Urumqi since 2000. China has undergone many changes in the decades since, and yet the need to support vulnerable children and families is as pressing today as it was in the last century.

What we do in Urumqi 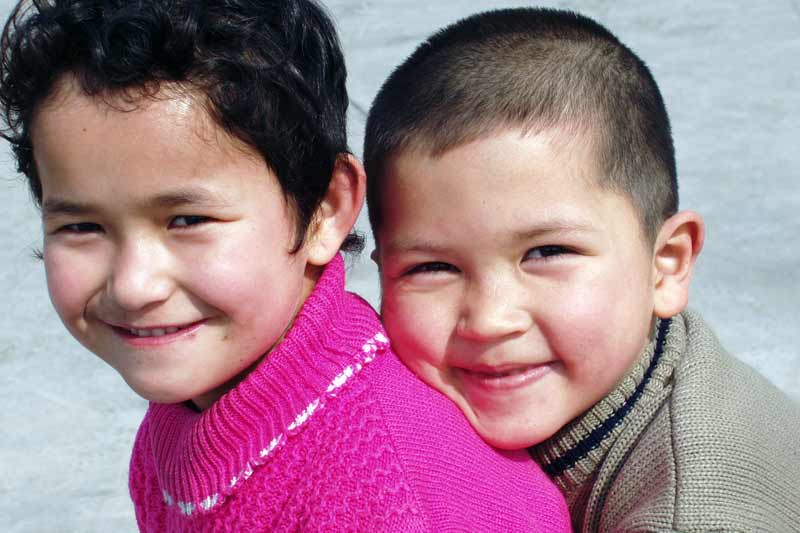 Children who can no longer live with their families can find a loving home in one of the 14 SOS families.

The children grow up with their sisters and brothers in a familial environment full of love, respect and security. The children from the SOS families attend the local schools, and this helps their integration into the community.

The SOS Kindergarten can look after up to 120 children, from both the SOS families and from the neighbourhood. Having a place where a professional looks after their children while they are at work makes life easier for working parents.

Hundreds of thousands continue to live in poverty

The city of Urumqi is the capital of the Xianjiang Uigur Autonomous Region in north-west China. It is over 2,000 km from the capital city of Beijing. Urumqi city is home to an estimated 2.7 million people (2010 est.), most of whom are Hans but there is a significant Uyghur minority and other ethnic groups are also present.

Urumqi is an important industrial and economic centre. Although the city is ranked as having one of the highest levels of disposable income in western China, hundreds of thousands of people are estimated to live in the 234 officially-counted slum areas. Most of their dwellers are people who have migrated to the city in search of a better life for their loved ones. Some of these slums were reported to be the breeding ground for the inter-ethnic riots of July 2009 where according to official figures nearly 200 people died and over 1,700 were injured. The government has since committed to investing in these shantytowns, improving the infrastructure and services there.

Children are often the first to suffer the consequences of economic and social changes. Children living in these conditions have a high incidence of sickness and malnutrition. Many are at risk of losing parental care. Some of these children can be found on the streets during the day, trying to scrape together some money to contribute to the family income. Many drop out of school altogether while others struggle to keep up with their schoolwork. These children are very vulnerable as they struggle to keep safe, healthy and well-nourished.

In 1991, China signed the UN Convention on the Rights of the Child, and has since launched several programmes to improve the lives of children. With China's economy opening up to the West, Urumqi underwent a number of changes which meant that the need for us to start working in the area became increasingly evident. SOS Children's Village Urumqi is located in the western part of the city, about 40 km from the airport. About five kilometres from the SOS Children's Village, there is a large market and a big hospital.