SOS Children's Villages has been working in China since the mid-1980s. Our work developed rapidly all over the country and we have been present in Yantai since 1987. China has undergone many changes in the decades since, and yet the need to support vulnerable children and families is as pressing today as it was thirty years ago.

What we do in Yantai

SOS Children's Villages provides different kinds of assistance to the local population: support to vulnerable families and children in crisis situations, day-care for pre-schoolers, and loving homes for children and young people who have lost parental care. 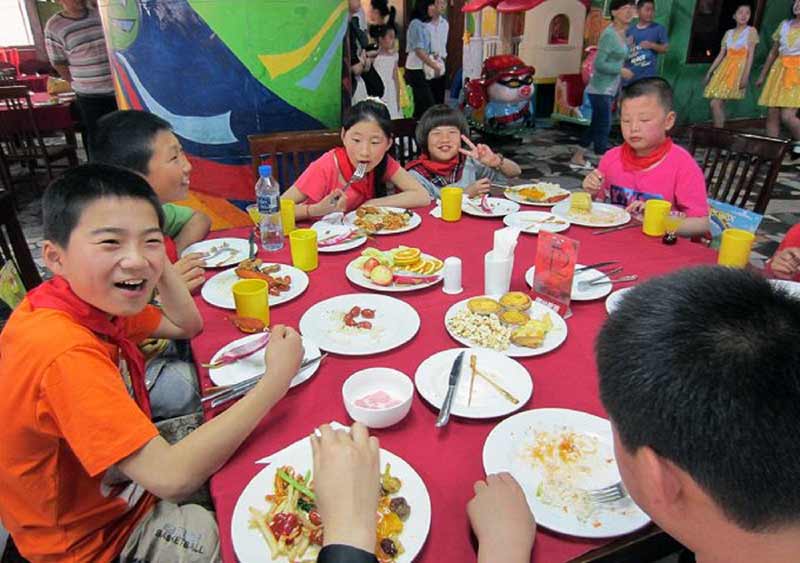 Our organisation works closely with families in the neighbourhood so that they can stay together. In collaboration with local agencies we ensure that children have access to essential educational, health and nutritional services. We provide neighbouring families with medical treatment, counselling and also support the community, especially focusing on mothers, children and elderly people.

Children who can no longer live with their parents can find a loving home in one of the 16 SOS families. The children grow up with their sisters and brothers in a familial environment full of love, respect and security. The children are fully integrated into the local community as they are involved in after-school activities such as playing sports or singing with the choir.

The SOS Kindergarten looks after children from both the SOS families and those from the community. Having a place where a professional looks after their children while they are at work makes life easier for working parents. Older children from the SOS families and those from nearby families can attend the nearby school which was built by SOS Children's Villages and provides 3,400 children with secondary education. Nearly 300 scholarships are provided to local children who would otherwise not be able to afford to go to school. Since 2012 the school has been financed by the Fushan District School Authority, with which we cooperate closely. It is considered one of the best schools in the country.

1Youth Facilities
31Youths in our care

A growing gap between the rich and the poor

Yantai is a coastal town with over six million inhabitants in the northern province of Shandong. The city is growing at a rapid rate, partly due to the creation of free trading zones which has resulted in many firms, many of which are international, moving to the area.

The urban areas of the city are home to industry and manufacturing. However, agriculture and fishing continue to be a very important sector. The city's commercial port is a vital part of the economic growth, allowing goods to enter and leave the region.

The rapid rate of industrialisation and urbanisation has resulted in problems relating to infrastructure. Although the government has been investing into initiatives for creating employment, housing, and education, the improved standard of living has not reached everybody.

In addition, there is an increasing gap between the rich and the poor. Many children, often with a migration background, continue to live in poverty in the city and its surrounding areas. They often drop out of school as they have to work to contribute to the family's income. They beg or peddle small items in the streets. Their situation makes them vulnerable to commercial and sexual exploitation, violence and abuse. Many have already lost parental care, while others are at serious risk of losing it.

In 1991, China signed the UN Convention on the Rights of the Child, and has since launched several programmes to improve the lives of children. In Yantai we work very closely with the Civil Affairs Bureau, which often refers children in need into our care. Local businesses are also supportive of our work - in recent years they have donated books and electrical goods to the SOS Village. In Yantai, the SOS Children's Village is situated in the district of Fushan not far from the coast.