Hurricane Matthew, a Category 4 Hurricane, struck the southwest coast of Haiti at 7:00AM local time, on October 4th.  Wind speeds of 230km/h were recorded, which, coupled with profuse rainfall caused widespread damage, flooding and displacement.

The number of lives lost as a result of Hurricane Matthew has reportedly risen to over 550 as of October 7th. More than 21,000 people have been moved into shelters nationwide.  The U.N. estimates that more than 1.1 million people across the country were affected, and at least 350,000 are in dire need of assistance.

HOW WE ARE HELPING

Due to its long-standing presence, SOS Children’s Villages Haiti is participating in national humanitarian coordination platforms and the UN cluster system to meet the most immediate needs.

HOW YOU CAN HELP

If you would like to support our teams in helping communities to recover and start the process of rebuilding, you can make a contribution to the SOS MAYDAY Emergency Relief Fund.

Donate now, and help us to care for children and families in Haiti and around the world.

The humanitarian needs in Haiti were already high before the Crisis, with displacement, food insecurity, and malnutrition exacerbated by an extremely fragile political and economic state. 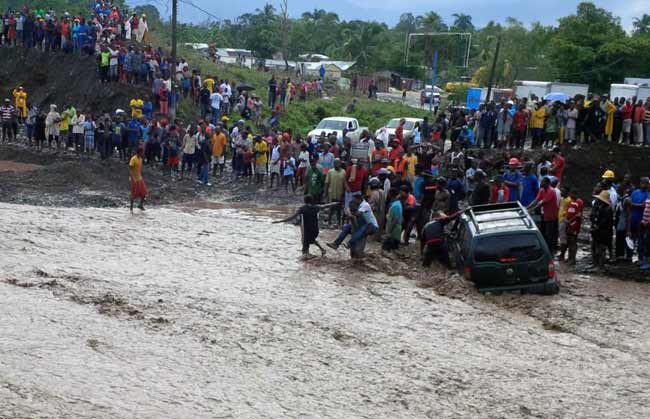 Children affected by the emergency who are at risk of losing parental care, as well as their care-givers