SOS Children's Villages is very active in France. Children whose parents cannot take care of them will find a loving home in one of the SOS families. Besides this family-based care, a programme is working with young people: they can live in flats where they are guided on their path to an independent life with the help of professionals. Two SOS Social Centres, one in the north of France near Valenciennes and the second near Paris, support young people with vocational training programmes.

In addition to its local activities, SOS Children's Villages France is also very active in raising funds for the organisation's international work in 21 countries. As part of this, it provides managerial and financial support to SOS Children’s Villages Madagascar.

1Youth Facilities
34Youths in our care

A largely urban society located in the heart of Europe

The French Republic is bounded by Belgium, Luxembourg, and Germany to the north-east, by Germany, Switzerland, and Italy to east, by the Mediterranean Sea to the south, by Spain and Andorra to the south-west, and by the Atlantic Ocean to the west. France also has a number of overseas departments and territories, which, legally, are part of the French Republic.

The population of France is 65.5 million (2013 est.) and has one of the highest fertility rates within the European Union. The life expectancy for women is 84.4 years and for men is 78.2 years. Present-day France is ethnically, religiously and linguistically varied. Most of the people - 85 per cent of the population - live in urban areas, of which the capital city of Paris is the biggest with over ten million inhabitants.

Pockets of deprivation in one of the world's largest economic powers

According to the United Nations Development Program, France ranks very high on the Human Development Index, indicating that it has a high literacy rate, high income and life expectancy and an excellent health care.

France has one of the largest economies in the world. It has a substantial industrial base and an important agricultural sector. However, France´s economy is primarily service based. France is one of the most visited countries in the world, receiving around 75 million foreign tourists a year – tourism is therefore an important source of income and employment. Approximately a fifth of the population works in industry. Agriculture also plays an important role: France is the European Union's leading agricultural exporter.

The economy suffered during the 2008-2009 crisis, causing the real GDP to fall by 2.5 per cent.  Since 2010, there has been a positive growth of around 1.5 per cent. However, there are still problems regarding unemployment and poverty.  The unemployment rate stands at 9.6 per cent. The number of people living on less than half of the median income is 7.4 per cent (2010 est.). Poverty primarily affects young people between the ages of 15 and 24 and families of immigrant origin. The poverty rate is slightly higher in rural areas, than in urban areas.

Urban areas, however, have their share of poverty and social exclusion, especially the so-called “Zones Urbaines Sensibles” (deprived urban areas) which house over four million of France's inhabitants. These areas have run-down housing and high poverty and unemployment rates.

Children and young people at risk

Around a fifth of the population is under 18 years old. Two million children come from families who live under the nationally-defined poverty line. About a quarter of these are of immigrant origin. Poverty and social exclusion affect the educational, cultural and intellectual development of children and also have adverse effects on their health.

Children who are at risk of losing parental care include those who are brought up by one parent (30 per cent of these families are poor), those who come from large families or whose parents have low-paid and unstable jobs.

Young people between the ages of 15 and 25 face a number of problems. A significant number drop out of school. The rate of unemployment among this age group is 22 per cent, and there is a higher level of poverty. The transition into adulthood is slow – the school system does not meet the needs of the labour market, thus making the integration into the job market difficult.

The conditions for young people from the “Zones Urbaines Sensibles” are particularly precarious: 40 per cent of the inhabitants of these areas are under 25 years old. Young people living here are more likely to face unemployment than their peers who live elsewhere, and only a fifth have graduated from secondary school (in contrast to 32 per cent of those who live outside these areas). 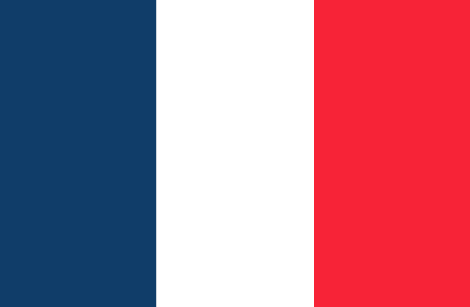