SOS Children's Villages has been present in India since 1963, our work developed rapidly all over the country and we started our activities in Dharamsala in 1971. In this northern Indian location we work with Tibetan refugees who have left their homeland and settled here.

What we do in Dharamsala 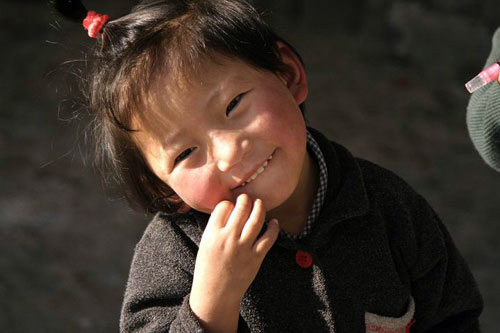 Children who have lost parental care can live in an SOS family alongside their brothers and sisters. Due to the great number of orphaned and abandoned children, SOS families may have up to thirty members and sometimes even more. In order to allow SOS mothers to spend more time looking after the needs of the children, all the meals are prepared at a central kitchen and then distributed to the SOS families. In addition, there are also homes where babies are looked after. Likewise, young people live in special houses, while they start vocational training or go on to higher education. With the support of qualified professionals they are guided through this new stage of their lives.

The SOS Medical Centre provides health care to those living in the village and it is also open to the local community. There is a large SOS Vocational Training Centre which offers courses in arts and handicrafts, so that people can generate an income. 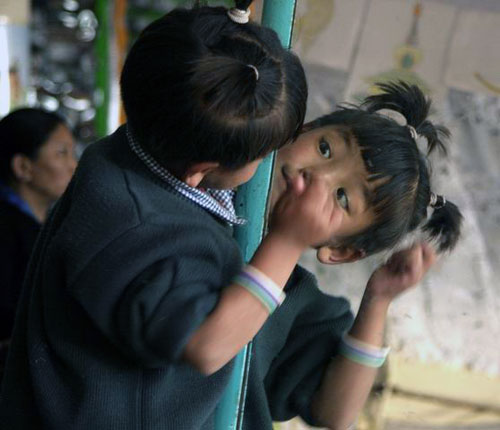 Young children from the village and from surrounding families go to the SOS Kindergarten. Having a place where a professional looks after their children while they are at work or receive training makes life easier for parents. As the children grow older, the SOS Hermann Gmeiner School, which opened in 1984, allows them to receive primary and secondary schooling. The school is attended by children from SOS families and also Tibetan children living in the neighbourhood. In Dharamsala SOS Children's Villages also runs a training centre where SOS mothers and co-workers are prepared for their future role of working with and supporting children in need.

SOS Children's Village Dharamsala is situated about eight kilometres outside the north Indian town of Dharamsala, at the foot of the Dhauladhar Mountains, which are part of the Himalayas.

Dharamsala plays a central role for Tibetans in exile. It is well known for being the home of the Dalai Lama since 1959 and the seat of the exiled Tibetan government (also known as the Central Tibetan Administration). Likewise, the area is home to the largest number of Tibetan exiles in India - of the estimated 140,000 Tibetans living outside of Tibet, over 10,400 people live in Dharamsala. Many of these people have been born and raised in India. Children from Tibet are often sent here by their parents who see this as the only way that their child will obtain a Tibetan education.

Many tourists, both from other areas of India and from abroad, come to Dharamsala in order to visit the religious temples and monasteries, and experience the Tibetan way of life in exile. The majority of the local people are involved in servicing the tourist industry by running restaurants, hotels and shops selling handicrafts.

The Central Tibetan Administration aims to protect and promote Tibetan culture. It runs schools and health care centres. It also provides training courses and small loans so that the unemployed and young people can generate an income. However, as refugees continue to arrive from Tibet, there is an increasing pressure on resources.

Due to the high levels of unemployment, there is an increasing number of families who struggle to make a living. Those who are most likely to be poor are the old and infirm and families with children. The new arrivals have often suffered repression and brutality, which has led them to exile. The scars of such experiences remain with them as they try to rebuild a new life for themselves and their families in exile.

In 1971, what was initially a make-shift children's home was turned into the first Tibetan SOS Children's Village in Dharamsala. Our programmes in the region have expanded in the last four decades in order to meet the increasing needs of the Tibetan population arriving in India. All the children in our SOS families have lost parental care; while some children have no living parents, others have parents who are in Tibet, in other locations throughout India, or have moved abroad.