2Youth Facilities
75Youths in our care 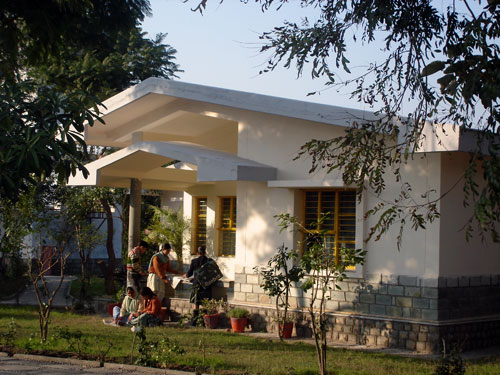 For many years, there have been violent clashes in the state of Jammu & Kashmir, which are due to religious conflicts between the Moslem majority and the Hindu minority as well as to the strife for independence of some political groups. Numerous terrorist acts against the civil population have left scores of families homeless and many children without parents. Before 1994, SOS Kinderdorf International had already run several emergency relief projects in Jammu, concentrating mainly on the destitute women and children in the refugee camps. In 1994, numerous orphans were given a new home in rented buildings, while plans for an SOS Children's Village were made. In 1998, SOS Children's Village Jammu opened its gates. It is situated on the outskirts of the old temple city of Jammu and consists of 12 family homes, staff accommodation, a multi-purpose hall and the necessary administration and service area.

The smaller children are looked after at the SOS Kindergarten. The older ones attend the SOS Hermann Gmeiner School, which has 24 classrooms, four laboratories and a library. The school offers primary and secondary education to up to 1,000 students. Both kindergarten and school are attended by children from the SOS Children's Village as well as children from the local community.

In 2000, an SOS Youth Facility was opened. Young people usually move from the SOS Children's Village to an SOS Youth Facility when they start a vocational training course or go on to higher education. With the support of qualified youth workers, the young people develop realistic perspectives for their future, learn to shoulder responsibility and increasingly make their own decisions. They are encouraged to develop team spirit and build up contacts with relatives and friends, as well as with the relevant authorities and potential employers.

In 2002, SOS Children's Villages India launched its family strengthening programs in Jammu. These programs are intended to support families at risk of abandoning their children and to encourage families to stay together. SOS Children's Villages therefore works with local authorities and other service providers to support families and enable them to take good care of their children.

The Jammu family strengthening program provides nutritional, educational and health support as well as vocational training, career counselling sessions and job placement support. Families are linked with existing self-help groups; if there is no group, a new one is formed. The program also aims at raising awareness of hygiene and child rights and improving people's parenting skills.