SOS Children's Villages has been present in India since 1963, and our work developed rapidly all over the country. In 2004 we provided emergency relief to families who had been affected by the tsunami and in 2008 we began our permanent work in Puducherry. 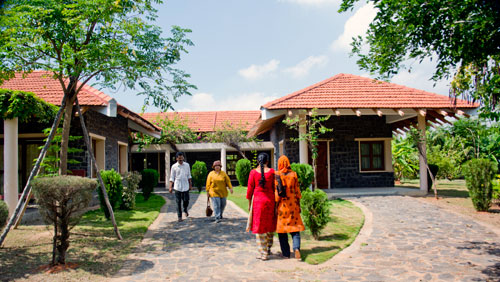 What we do in Puducherry

If children can no longer stay with their families, they can find a loving home with one of the 15 SOS families, where they grow up with their sisters and brothers. Each SOS family has an SOS mother which cares for between 6 and 10 children.

Another central part of the work that SOS Children's Villages carries out in Puducherry is related to supporting socially and economically excluded children and families from the region where our organisation is based. Our SOS Social Centres run Family Strengthening Programs which offer a comprehensive package of services to enable families to stay together and take good care of their children.

In addition to providing day-care in the SOS Kindergarten we aim to raise awareness of hygiene and children's rights and give guidance on parenting skills. We provide families with food, educational support, as well as medical advice and treatment. In order for families to generate income, we offer them vocational training, career counselling and advice.

If self-help groups do not exist, we enable their creation. People we have been working with are now able to make a living through tailoring and embroidery, through cow- and goat-rearing and through running small shops. 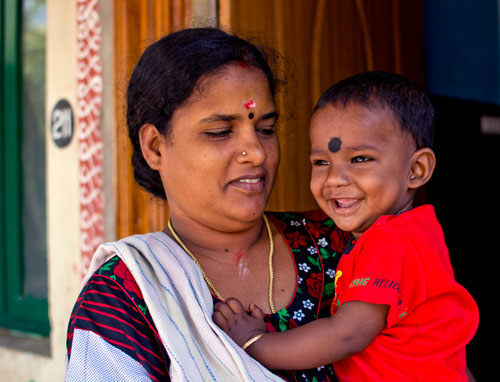 Traditionally the area has lived off agriculture and fishing. The 2004 tsunami badly affected the lives of many in the area, destroying not only their homes but also their boats and nets and thus their way of making a living. Thanks to the tsunami recovery program, of which SOS Children's Villages was a part, the local population has slowly been able to rebuild their lives. The economy has been transformed; there is more industry and the service sector, mainly linked to tourism, has increased.

More recently, in December 2011, the area was hit by Cyclone Thane which destroyed many homes and roads. Many of the families from the SOS Family Strengthening Program were affected as their homes were made of mud with thatched roofs. Once again, SOS Children's Village was involved in reconstructing homes and livelihoods.

Around one fifth of the population lives below the poverty line. The majority of the people live in slums with no access to the most basic services such as waste collection, safe drinking water and sanitation and are exposed to disease, pollution and crime. They also lack access to other services such as health clinics and schools.

Many of the urban poor struggle to scrape together a living. The physical and emotional development of children growing up in these circumstances suffers. The lives of girls and women are particularly difficult as they continue to be discriminated against. Girls from poorer families are less likely to attend school and their health is not always attended to. The significant difference in literacy rates bears testimony to the discrimination that women suffer: while 92.1 per cent of men are literate, the figure drops to 80.4 per cent for women.

Responding to the local needs after a natural disaster

SOS Children's Villages started working in the area after the tsunami in 2004. Once it became clear that many children had lost parental care, the local authorities asked us to establish a permanent program which would include family-based care where the children could recover from their traumatic experiences.