SOS Children's Villages has been working in China since the mid-1980s. Our work developed rapidly all over the country and we have been present in Qiqihar since 1992. China has undergone many changes in the decades since, and yet the need to support vulnerable children and families is as pressing today as it was thirty years ago.

What we do in Qiqihar 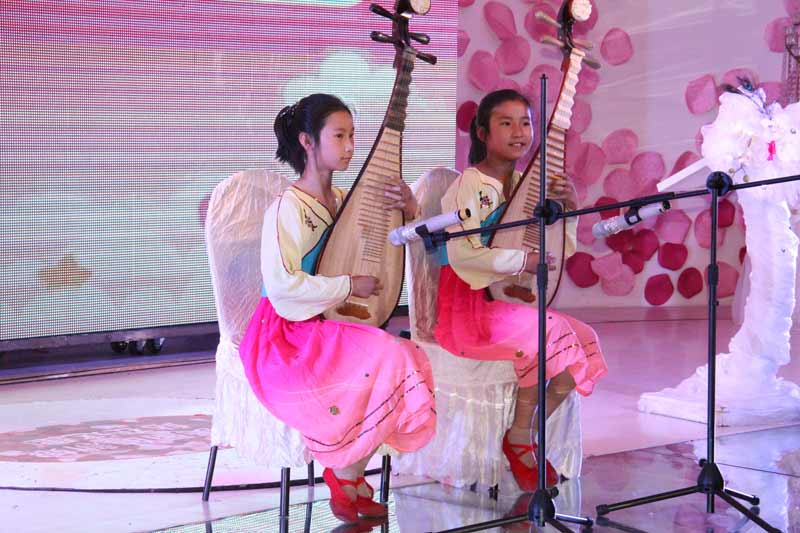 Children who can no longer live with their families can find a loving home in one of the 15 SOS families.

The children grow up with their sisters and brothers in a familial environment full of love, respect and security. The children from the SOS families attend the local schools, which helps their integration into the community.

The SOS Kindergarten looks after children from both the SOS families and from the community. Having a place where a professional looks after their children while they are at work makes life easier for working parents.

Qiqihar is also home to an SOS Vocational Training Centre, known as the "SOS Hermann Gmeiner Technical School" which provides further education and training to over one thousand young people. Many students receive a scholarship and we work closely with local companies where students acquire work experience.

1Youth Facilities
48Youths in our care

An increasing number of people living in Qiqihar

The industrial town of Qiqihar is situated in the north-east of China, in the province of Heilongjiang, Manchuria. It has over 1.5 million inhabitants and is a major economic and cultural centre. Industry is the main source of income for the province. Agriculture and the production of timber are also important. Its location, on the border with Russia, makes it a busy site for trade.

Qiqihar itself has been growing in recent years: as the economy flourishes, people from rural areas move to the city in search of a better life. Most of these people have ended up living in slum conditions which are unsafe and where there is no basic infrastructure. Since around 2001 the government has been improving the situation of those living in shanty towns, by providing them with more permanent homes and better access to infrastructure. However, in spite of these efforts, many continue to live in poverty.

Children have been among the first to suffer the consequences of the economic and social changes that Qiqihar has experienced in the recent past. The absence of a permanent source of income means that families cannot meet their children's needs. Not only do children lack nutritious food, but they also fail to receive an education which will give them the chance to break the cycle of poverty as they grow older. Many children have lost parental care due to mining accidents or the fact that families have fallen apart. They often live with their grandparents or with other members of their extended families.

In 1991, China signed the UN Convention on the Rights of the Child, and has launched several programmes to improve the lives of children. With China's economy opening up to the West, Qiqihar underwent a number of changes which meant that the need for us to start working in the area became more and more evident. The SOS Children's Village is situated in the western part of the town, on the river Nen, and there are schools, two big hospitals and a shopping centre nearby.