SOS Children's Villages started working in Germany in the mid-1950s, after the foundation of "SOS-Kinderdorf e.V." in Munich. The SOS Children's Villages concept aroused great interest in Germany; the number of members and friends rapidly increased, and in subsequent years our organisation was able to expand its support to reach children, young people and families in nearly 40 locations around the country.

SOS Children's Villages carries out preventative work in Germany, so that children can continue to live with their families in the local communities. Our organisation provides day-care for children; educational and family counselling; meeting points for local families and young people; professional training workshops; outreach work and social work in schools. However, if children can no longer stay with their families, they can be looked after in family-like settings by the SOS mothers.

Since the 1970s, SOS Children's Villages has provided special support for young people by creating semi-independent housing programmes where they are guided on their path to an independent life with the help of professionals. In the 1980s, our organisation started vocational training for socially disadvantaged young people and for people with special needs.

8Youth Facilities
257Youths in our care

In the heart of Europe

The Federal Republic of Germany’s population is 81.4 million (July 2011 est.), which makes Germany the most populous country in the European Union. The capital city of Berlin is home to 3.4 million; other major cities include Hamburg (1.8 million) and Munich (1.4 million).

Around 91.5 per cent of the population is German, 2.4 per cent is Turkish and a further 6.1 per cent consists of Serbs, Croats, Italians, Russians, Greeks, Poles, and Spaniards.

A strong economy which faces some future challenges

The people of Germany enjoy a high standard of living. The country's economy is strong and its population is amongst the most highly educated in the world. In addition, the population has access to quality health care and a good social welfare system.

The German economy is amongst the biggest in the world. It is mostly based on the service sector, which employs about 67.6 per cent of the population. Around 20.7 per cent are employed in industry and a mere 2.4 per cent in agriculture. Although the economy was hard hit by the global financial crisis of 2008-2009, when gross domestic product fell by 4.7 per cent, it was able to recover, and 2010 saw gross domestic product increase by 3.6 per cent. The national unemployment rate stands at 5.3 per cent (2012 est.), but there are significant variations between different areas, with those in eastern Germany having a higher number of people without a job.

According to experts, Germany faces several demographic challenges. The country has an ageing population, a declining net immigration rate and a very low fertility rate of 1.4 children per woman.

Around 14 per cent of the population lives below the relative poverty line, set at 60 per cent of the median income of the country. This mostly affects people living in eastern Germany, households with three or more children and single parents with children. The poverty rate has increased in recent years, and although this is linked to the rise in unemployment, the number of people who, in spite of working, live in poverty has grown.

There are around 13.1 million children living in Germany. Most have benefited from the high quality of life. Looking at key factors which affect children's lives, UNICEF placed Germany eighth out of 21 industrial nations. German children have to attend school for at least nine years - the education system ranks among the top 20 in the key skills of maths, reading and science, which are measured by the Programme for International Student Assessment (PISA) evaluation.

The number of children living in poverty, however, remains high. It is estimated that 16 per cent of children are living in homes which earn less than 50 per cent of the median income. Children who live in single-parent households are most affected. The situation for these children has not improved in the last decade. Many single parents find it hard to get work, but even when they do find a job they are not able to earn enough to raise their income level above the poverty line.

About one quarter of young people between the ages of 19 and 25 live below the poverty line. This group has experienced the biggest increase in poverty seen in the past decade. Young adults feel pessimistic about future employment prospects, fearing that when they leave school or further education, they will only be able to find a job which is below their qualifications. 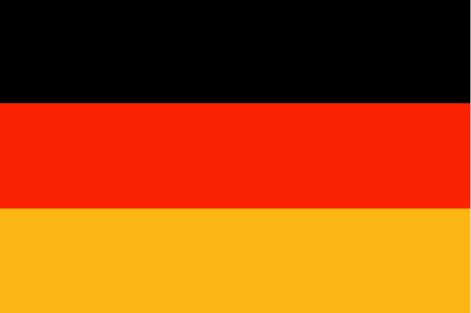