2Youth Facilities
44Youths in our care 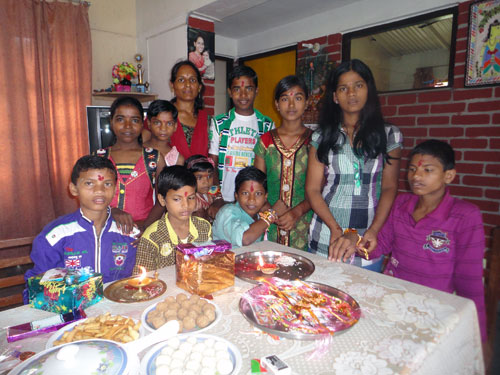 For quite some time, SOS Children's Villages of India had been aware of the dire situation of orphaned and abandoned children in the province of Bihar, one of the least developed areas of the country. Most of the province is part of the North Gangetic Plain, a predominantly agricultural area with many tributaries of the river Ganges flowing through low-lying country with fertile soils, where a number of arable crops like vegetables, sugar cane and rice can be cultivated. However, these central areas are extremely flood-prone during the summer monsoon, and often subject to severe droughts at other times of the year.

Despite good potential and many years of planned development, more than half of the population of Bihar is living below the poverty line, i.e. they lack even the most basic means of livelihood. While covering only 5.7% of the country's area, Bihar is home to almost 10% of the total population of the sub-continent. Due to lack of employment, even women and small children are obliged to leave their villages and look for work in neighbouring provinces. Because of their desperate situation, they accept work under the toughest conditions with very low wages.

In 2003, a Bihari private welfare trust gifted a plot of land of 97,000 sq. m to SOS Children's Villages of India for the construction of an SOS Children's Village. The site is located in the centre of Begusarai, an important commercial town on the North Eastern Railway about three hours by car (120 km) east of Patna, the province capital.

SOS Children's Village Begu Sarai consists of 14 family houses, a community house, accommodation for the village director and co-workers, as well as the usual ancillary buildings, such as garage, workshop and administrative area. In order to reach out to the neighbouring community, an SOS Kindergarten has been established. The kindergarten has two classrooms for up to 100 children.

In 2005, SOS Children's Villages India launched its family strengthening programmes in Begusarai. These programmes are intended to support families at risk of abandoning their children and to encourage families to stay together. SOS Children's Villages therefore works with local authorities and other service providers to support families and enable them to take good care of their children. The Begusarai family strengthening programme provides nutritional, educational and health support as well as vocational training, career counselling sessions and job placement support. Families are linked with existing self-help groups; if there is no group, a new one is formed. The programme also aims at raising awareness of hygiene and child rights and improving people's parenting skills.

Kickoff to a Dream
Abandoned Sisters Find a New Home at SOS Children’s Villages India
Child Labour in India
‘I Will Make This Child Survive’
Poverty in India: Facts and Figures on the Daily Struggle for Survival