Sponsor a Child in India

SOS relies on the kindness and generosity of Canadians to be able to provide a home for the most vulnerable children of India.

By becoming a child sponsor you are helping an individual child in need.

Sponsor a Child in India
Media

Please help us ensure a loving home for every Indian child. Sponsor a child in India now.

At the SOS Children’s Villages in India, we are committed to the welfare of children - often throughout the whole of their childhood - and to strengthening families and communities as a preventive measure in the fight against abandonment and social neglect. 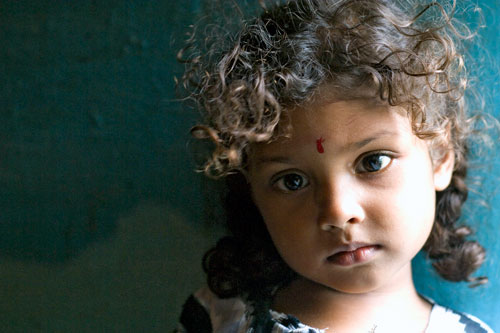 In India, there are currently over 4,500 orphaned or abandoned children being raised in SOS Children's Villages across India. There are additionally:

MEDICAL CENTRES
SOS Medical Centres in India provide quality health care to the children in our care, our staff, our staffís family as well as people in the surrounding community.
2
MEDICAL CENTRES
3442
Patients

The economic plight, tense political situation and natural disasters which India has endured have led to a particularly intense involvement of SOS Children's Villages in the country. The programmes developed by SOS Children's Villages vary according to the needs of the local population and include: day care for young children; education at SOS Hermann Gmeiner Schools; guidance and accommodation for young people; vocational training and medical advice and assistance.

Family-strengthening programmes are an important component of the work carried out: in cooperation with local agencies, SOS Children's Villages works directly with families and communities to empower them to effectively care for their children. When when children are orphaned or abandoned in India, they are cared for by their SOS mothers in one of the SOS families.

Some facts about India

The Republic of India is the seventh largest country in the world and the second most populous country; the population is over 1.2 billion (July 2011 est.), with the capital city of New Delhi being home to 21.7 million people. India is a vast and diverse country with many different languages, cultures and religions. 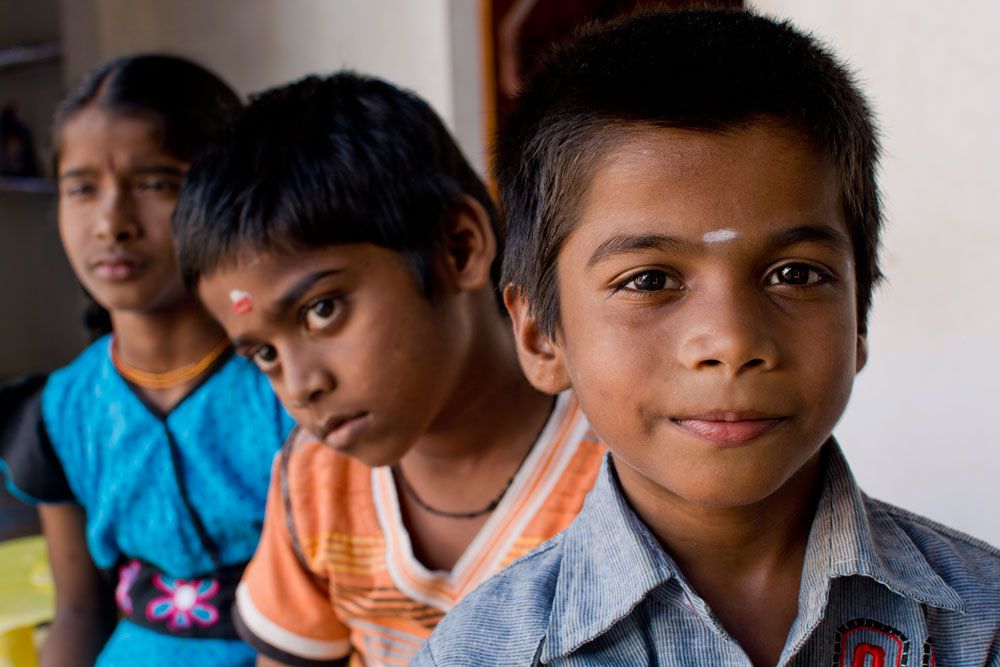 A growing economy that still faces many challenges

In recent decades India has emerged as an increasingly important economic power. Since economic liberalisation started in the 1990s, India's achievements have been astonishing - since 1997 the average growth in gross domestic product (GDP) has been over seven per cent. In 2010, GDP grew further - by over ten per cent. India has a mixed economy - more than half of the population works in agriculture, around 14 per cent in industry and 34 per cent in the service sector.

During the past decade, India has managed to double its hourly wage rate and the number of people who now live above the nationally-defined poverty line has increased. However the benefits from this economic growth have not been shared by all: one in four people continue to live in poverty.

Poverty is located in many areas of India, but it is mostly manifest in rural areas or in urban slums. Rural areas also suffer from poor infrastructure - for example, only 84 per cent of the population has access to clean drinking water and a mere 21 per cent to adequate sanitation facilities. Although around 70 per cent of the population lives in rural areas, the number of people forced to seek work in urban areas is increasing rapidly.

In addition to poverty, India continues to face many challenges, which include overpopulation, environmental problems and widespread corruption. The literacy rate continues to be low - around 73 per cent for men and about 48 per cent for women. The access to quality health care is also a concern. At present the life expectancy rate is relatively low at 65.7 years for men and 67.9 years for women. It is estimated that 2.4 million people live with HIV/AIDS (2009 est.).

Situation of the children in India

There are over 447 million children under the age of 18 in India. In spite of improvements in recent decades, around half of the children of India continue to face many hardships.

Although the health of children has improved of late, UNICEF reports that the lack of adequate health care results in high infant, child and maternal mortality rates. For example, around two million children die every year from preventable diseases, an estimated 400,000 of those under five die every year of diarrhoea. Around half of the deaths of Indian children are due to malnutrition, which is more common in India than in Sub-Saharan Africa.

As the incidence of HIV/AIDS has risen, the number of children without parental care, or at risk of losing such care, is also increasing. The figure for children with HIV/AIDS is also growing. These children face social discrimination which hampers their efforts to improve their lives.

Girls are in a particularly vulnerable situation as they are more likely to be poor, be homeless or end up as victims of violence. Particularly in rural areas girls do not have adequate access to basic health care, or education. In some states like Bihar, Mizoram, Rajasthan and Uttar Pradesh, 60 per cent or more of girls drop out of primary education. Child marriages are also common: 47 per cent of children are married under the age of 18, with the number in rural areas nearly double that of urban ones.

SOS alumni and psychologist shares his mental health advice
Two girls heal from their trauma
Indian SOS youth on her way to achieving her dream of becoming a reporter
“I am growing every day”: Interview with Sneha Bhuyan, YouthCan! participant and alumna of SOS India
Learning to carry the load lightly: With Kinship Care, a family learns to deal with loss and move forward
All my SOS Mothers: A young woman reflects on the two loving women that guided her childhood
Muskan becomes the first girl to go to college from her village: “She’s an inspiration to all girls”
Nalini’s story: A life dedicated to giving back love to the mothers
In India, spices bring opportunity for a group of women entrepreneurs
Five Siblings Orphaned by COVID-19 Find a Home
SOS Children’s Villages India has Opened its Doors
India’s COVID-19 Crisis