2Youth Facilities
100Youths in our care 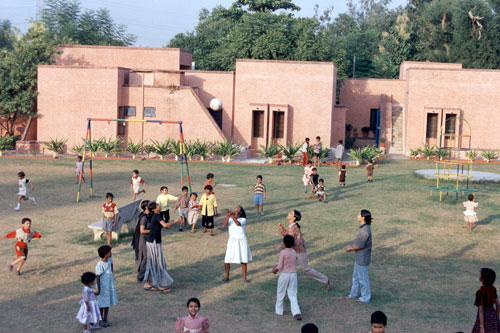 In 1993, an SOS Youth Facility was opened. It consists of two SOS Youth Houses and several rented flats, depending on how much space is needed. Young people usually move from the SOS Children's Village to an SOS Youth Facility when they start a vocational training course or go on to higher education. With the support of qualified youth workers, the young people develop realistic perspectives for their future, learn to shoulder responsibility and increasingly make their own decisions. They are encouraged to develop team spirit and build up contacts with relatives and friends, as well as with the relevant authorities and potential employers.

In 2003, SOS Children's Villages India launched its family strengthening programmes in Varanasi. These programmes are intended to support families at risk of abandoning their children and to encourage families to stay together. SOS Children's Villages therefore works with local authorities and other service providers to support families and enable them to take good care of their children. The Varanasi family strengthening programme provides nutritional, educational and health support as well as vocational training, career counselling sessions and job placement support. Families are linked with existing self-help groups; if there is no group, a new one is formed. The programme also aims at raising awareness of hygiene and child rights and improving people's parenting skills.