SOS Children's Villages has been working in India since 1963, our work has developed rapidly all over the country and we have been present in Hyderabad since 2003. The activities in Hyderabad started as a response to a child-care crisis in the area and we have since continued to support the children and families of this troubled region.

1Youth Facilities
43Youths in our care 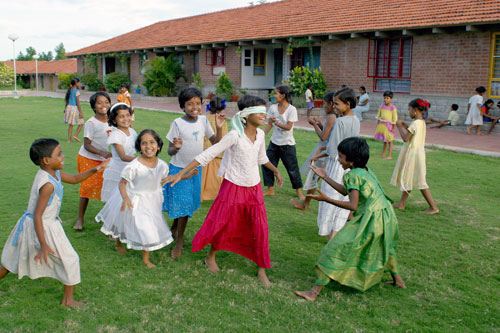 What we do in Hyderabad

A central part of the work that SOS Children's Villages carries out in Hyderabad is related to supporting children and families in villages in a 20-kilometre radius around where the organisation is based. Working with local authorities and other service providers, our family strengthening programmes provide support for families and children in need. We provide a comprehensive package of services to enable families to stay together and take good care of their children. Many of the children who benefit from our programmes live in households headed by poor widows. We provide families with food, as well as educational support and access to health care. In order for parents to generate income, we offer them vocational training, career counselling and advice on how to look for a job.

When children can no longer stay with their birth families, they can find a loving home with one of the 12 SOS families, where they grow up with their sisters and brothers. The SOS Kindergarten provides day care for children from the SOS families and from the neighbourhood. The provision of day care is particularly valued by those parents who go to work or receive training - they know their children are being cared for by professionals. 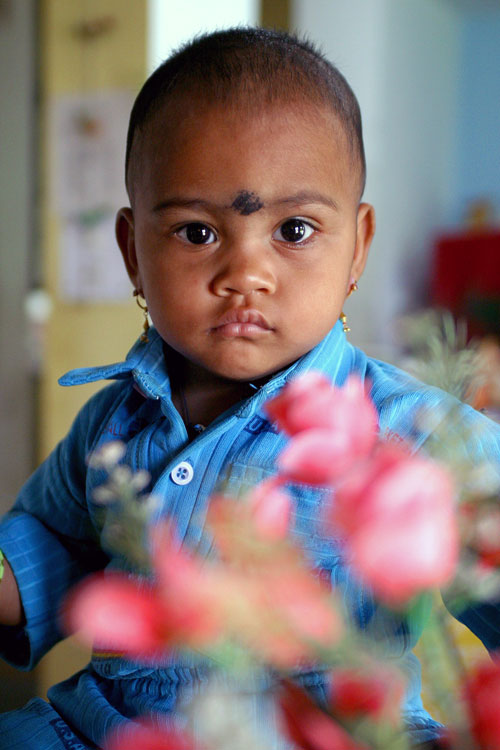 Many families living in urban slums

SOS Children's Village Hyderabad is situated in the bustling village of Vottinagulapally, about 25 km outside Hyderabad City. Hyderabad is the political and economic capital of the Andhra Pradesh region. Although historically known for the production of pearls, nowadays the city is an important centre for the IT and pharmaceutical industries. There is also a considerably large informal sector, which is believed to be expanding.

Hyderabad is one of India's largest cities and has a population of nearly seven million people. The city has grown over the past years and the number of people living in poverty and slum conditions has increased - it is estimated that around a third of the population lives in poor housing with inadequate access to basic services or infrastructure. Skin diseases, gastro-enteritis and other communicable diseases are prevalent in these areas.

The children who grow up in such slums are often at high risk of losing parental care. Parents, struggling to scrape together a living, often find it difficult to meet the material and emotional needs of their children. Many are not sent to school because parents cannot afford it. Furthermore they are often forced to work in order to raise the family income - most work as domestic workers, in shops or in construction. Some, particularly boys, can be found working with hazardous substances.

Women and girls are particularly disadvantaged. The majority of people living in poverty are in female-headed households. Girls are sometimes considered a burden, due to the cost of their marriage dowry, and are often abandoned by the parents.

In April 1999, the President of SOS Children's Villages, Helmut Kutin, heard about more than 200 infants from the province of Andhra Pradesh who had been bought from their parents by criminals, who had planned to sell them on for adoption. The children had ended up in a home run by the local authorities, where they were living under terrible conditions. SOS Children's Villages intervened: we sought to re-unite the children with their families and also give them the much needed medical treatment and loving care they needed. Those children who could not return to live with their parents were given loving homes in newly-formed SOS families in Hyderabad.

The work of our organisation is just as important nowadays as it was back then. The rapid growth of Hyderabad has resulted in an increase in poverty and an urgent need to provide families and children with support.

Kickoff to a Dream
Abandoned Sisters Find a New Home at SOS Children’s Villages India
Child Labour in India
‘I Will Make This Child Survive’
Poverty in India: Facts and Figures on the Daily Struggle for Survival