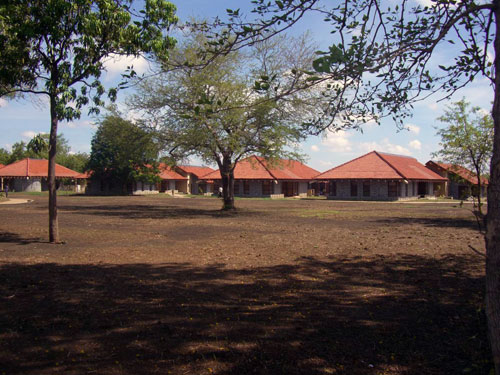 Chhattisgarh province came into being on 1 November 2000. The area used to be part of one of the biggest provinces in central India, Madhya Pradesh. Apart from having a distinct socio-cultural identity, it required focussed attention due to its being neglected in terms of development. Therefore it was decided to give the region the status of a province with its own legislative assembly, civil services and administration. Raipur is the capital city of Chhattisgarh province and is well connected by road, rail and air. The province of Chhattisgarh has a population of over 20 million. Despite its rich mineral resources and big industries, such as steel, aluminium and cement, poverty still remains a curse for millions, affecting adults and children alike.

SOS Children's Village Raipur consists of 14 family homes for up to 140 children, the village director's house, co-worker accommodation, a house for the SOS aunts (family helpers or SOS mother trainees who support the SOS mothers during their daily work and fill in for them when they are ill or on leave) and a community building. The children have a playground where they can have fun. There is an SOS Kindergarten, where up to 100 children can be taken care of. The kindergarten is attended by both children from the SOS Children's Village and from local families. It helps the SOS children integrate into society if they mingle with local children from an early age on. There is also an SOS Social Centre with the main aim to help local mothers and their children.

In 2008, SOS Children's Villages India launched its family strengthening programmes in Raipur. These programmes are intended to support families at risk of abandoning their children and to encourage families to stay together. SOS Children's Villages therefore works with local authorities and other service providers to support families and enable them to take good care of their children. The Raipur family strengthening programme provides nutritional, educational and health support as well as vocational training, career counselling sessions and job placement support. Families are linked with existing self-help groups; if there is no group, a new one is formed. The programme also aims at raising awareness of hygiene and child rights and improving people's parenting skills.