SOS Children's Villages has responded to the needs of children and families in Italy for over fifty years, adapting its work in order to support children at risk. For example, as a result of the increase in number of refugees arriving in the country, the social centre in Mantua provided accommodation to children who had fled their home country and arrived in Italy without their parents. There are six social centres in Italy, all of which work with the local communities and agencies to support children and their families so that the children can grow up within a caring family environment. Children whose parents cannot take care of them will find a loving home in one of the SOS families. SOS Children's Villages also provides semi-independent housing programmes for youths and helps them integrate into the labour market.

7Youth Facilities
67Youths in our care

There are 61 million (2011 est.) people living in Italy, and the capital city of Rome is home to 3.4 million people. The past three decades have seen a change in the demographic composition of the country. Like many of its southern neighbours, Italy has gone from being a country of emigration to becoming a country of immigration. In the 1980s, and partly because of its long coastline and its proximity to areas of political and social conflicts, Italy became a net receiver of immigrants. Many have no official documentation and work in low-skilled, badly paid jobs in agriculture or construction.

Since 1945, Italy's political life has been characterised by variety - the country has had several dozen governments since 1945. Italy was a founding member of the European Union and was one of the first countries to adopt the euro, which became the official currency in January 2002.

Geographical disparity in standards of living

In spite of the political changes, Italy is one of the largest European economies - it has one of the highest per capita incomes, and Italians enjoy a good standard of living. There are, however, a number of persistent problems: corruption, a big underground economy (some estimate it to be up to 15 per cent of the GDP) and organised crime remain issues to be addressed. In addition, there is significant disparity in the standard and cost of living between the wealthy, developed north and the agricultural, poorer south of the country.

About 13 per cent of the population is estimated to be living in poverty. Poverty mostly affects elderly people (especially those living on a pension), but there is an increase in the number of working poor - this refers to those with fewer qualifications, who earn very little money in unsafe jobs. While the state provides health care, education, housing and access to clean water, the extended family still plays an important role in supporting those members who need it.

There are just over ten million children under the age of 18 living in Italy.

In comparison with other OECD countries, Italian children suffer from a greater level of inequality in terms of health, education and material well-being. Italy also has one of the highest levels of child income inequality. It has introduced a number of targeted policies to reduce child poverty which have been effective in reducing child poverty by up to seven per cent. However, the percentage of children living below the poverty line is estimated to still be as high as 19 per cent.

Children can be seen working in Italy - this is more widespread in southern parts of the country where the poverty of the households means families rely on children to increase their income. Children mainly work in family-run businesses and in sectors such as restaurants, crafts and construction industry. They do not always drop out of school, but there is a higher incidence of children having to repeat years due to poor performance.

Young people find it hard to enter the job market once they have finished their education. Many can only find temporary, low-paid jobs. Young people from the urban areas of the south find it particularly hard to find a job, resulting in them moving to the northern regions in search of work. 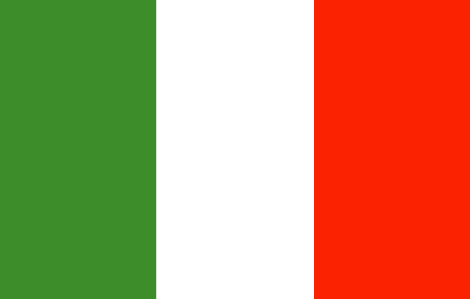