SOS Children's Villages has a wide range of programmes to support children and families in Poland. SOS Children's Villages felt it was important to provide vulnerable families with direct support to enable them to take care of their children. Working closely with local communities and authorities, the social centres in Bilgoraj, Lublin, Siedlce and Karlino run family-strengthening programmes which ensure that children have access to essential services and also support parents with job-seeking and parenting skills. Children whose parents cannot take care of them will find a loving home in one of the SOS families.

The provision of pre-school child-care is also important as it allows parents to look for work or receive training, but also give young children a head-start for when they start school. In the rural parts of the Commune of Karline, kindergartens are run in a room in the existing schools. In contrast, youth programmes were mostly located in more urban areas in order to provide young people with better opportunities in terms of education and the labour market.

5Youth Facilities
137Youths in our care

Some facts about Poland

Poland is bordered by the Baltic Sea to the north-west, by Russia to the north, by Germany to the west, the Czech and Slovak republics to the south and Ukraine, Belarus, and Lithuania to the east. Poland is the ninth largest country in Europe in terms of size and the sixth most populous with over 38 million inhabitants. The capital city is Warsaw with around 1.8 million inhabitants.

In 1980, the “Solidarity” trade union movement led by Lech Wałesa began to demand changes, which ultimately led to Poland holding its first free and democratic elections in 1989. A new Constitution was enacted in 1997, Poland joined NATO in 1991 and in June 2003 Poles voted to become a member of the European Union (EU), which it joined in May 2004.

Despite some progress Poland remains one of the EU's poorest countries

Although the standard of living for the majority of the population has improved since 1989, 17 per cent of the population still lives below the poverty line. Rural Poland is particularly disadvantaged, with poor infrastructure and few employment opportunities for its inhabitants.

Poland's unemployment rate stands at nearly 12 per cent (2010 est.). Most people work in the service sector, especially in tourism, which is an important source of income and employment. About a third of those employed works in industry and about a quarter works in agriculture. Poland's neighbour, Germany, is Poland's main export partner.

After joining the European Union, and partly due to the high rate of unemployment, many Poles left Poland to find work abroad. This trend is now reversing, with more Poles returning home than leaving the country.

Situation of the children in Poland

Children under the age of 14 account for nearly 15 per cent of the population of Poland.  Although Poland has implemented legislation to protect children, the real situation of children leaves a lot to be desired. The responsibility for improving the lives of children is shared between different ministries and levels of government which do not always work together.

Around a third of children living in Poland live in poverty.  Children are at risk of losing parental care due to various reasons which include: unemployment, alcohol abuse, parental health issues, family violence, neglect and abandonment. The number of children without parental care is constantly increasing.

Most children attend school but only 41 per cent of children between the ages of three and five attend kindergarten. Children from rural areas are particularly affected since only 23 per cent go to nursery school. The access to education for a disabled child is also problematic -only one per cent attends pre-school education and once school attendance age is reached, very often disabled children cannot be accommodated in mainstream schools.

There is a lack of support given to families at risk. This means that children are often taken into care due to poverty, poor living conditions or because the children have not attended school. When children go into care they often stay in care for a long time. Their future prospects are reduced because they do not get educational support to enable them to enter the employment market. 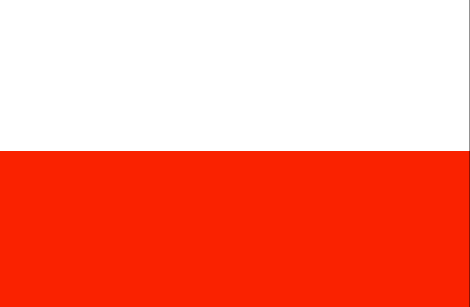