Home » About SOS » Where We Help » Europe » Romania

SOS Children's Villages started working in Romania shortly after the images of post -Ceausescu Romanian orphanages shocked the world. More than two decades have passed, and although the lives of children in Romania have improved, many families still struggle to care for their children.

3Youth Facilities
40Youths in our care

Children in Bucharest are still suffering from disadvantages

Bucharest, the Romanian capital, is situated in the southeast of the country. Our organisation is based about ten minutes from the city centre. The nearby Lake Floreasca and park provide the families with a recreation area.

Bucharest is the largest city in Romania, and has grown in recent years as people have moved to it in search of work. It is the country's industrial and financial centre - it generates about a fifth of the country's GDP and its unemployment rate is about half of the rate for the country.

In spite of Bucharest's relative success, it continues to be home to many families and children in need. Various groups of children are particularly disadvantaged. Among these are children with a Roma background; the Roma constitute the largest minority of Bucharest (1.4 per cent of the population of the city is Roma), and Roma children are badly affected by poverty. Another group is the street children; life on the streets exposes them to numerous hazards and to exploitation.

Over the past two decades little investment has been made at a local level to provide health, education or support to children in need. At a time when poverty is rising and an increasing number of children are losing parental care, SOS Children's Villages has provided vital support to families. In a country with an under-funded health-care system, we have given families health advice and have ensured that their basic needs are met so that children can go to school and receive an education.

What we do in Bucharest

SOS Children's Villages works closely with the families in the neighbourhood so that they can stay together. In collaboration with local agencies we ensure that children have access to essential educational, health and nutritional services. We also provide counselling for parents regarding legal and social issues. Young people can live in special youth programmes while they attend further education or training. They are guided by professionals so that they can learn to live independently.

Since 2000, we have been running the Playmobile Bus, a mobile centre which goes to public parks, hospitals, orphanages and stops outside grey concrete tower blocks where many disadvantaged children live. Children are encouraged to play imaginative and educational games, and they can take part in craft, dancing or theatre activities - the aim is to give children a chance to be children and to increase the confidence in themselves and in others around them. 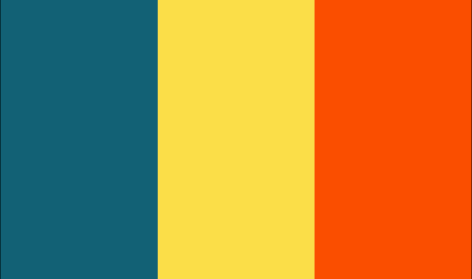