Home » About SOS » Where We Help » Africa » Swaziland

Nhlangano is situated in the Shiselweni Region, about 90 kilometres south of Mbabane, the country's capital, and approximately ten kilometres from the South African border.

"Nhlangano" means "meeting place" and was named after King Sobhuza II of Swaziland had met King George VI of the United Kingdom there in 1947.

The local population mainly lives on the income from agriculture and forestry. SOS Children's Village Nhlangano is located about one kilometre from the city centre and was officially opened on 27 September 2002 by representatives of King Mswati III and in the presence of numerous guests of honour.

SOS Children's Village Nhlangano comprises ten family houses, houses for the village director and the SOS aunts (who support the SOS mothers and take care of the children when the mothers are on leave), staff accommodation and an administration and service area.

Up to 100 children can be accommodated in the ten family houses and find a new home there.

The adjoining SOS Kindergarten consists of four group rooms, a kitchen and a playground and has a capacity for up to 100 children. Around forty patients per day can be treated at the six treatment rooms of the SOS Medical Centre, which also accommodates an office for SASO, the Swaziland Aids Support Organisation.

The SOS Youth Facility in the vicinity of the SOS Children’s Village accommodates youths who have already outgrown the SOS Children's Village during their vocational training or higher education, giving them the chance to prepare for an independent life.

Family strengthening programmes are run in two nearby communities, Mangwaneni and Maseyisini; they provide families with access to essential services and help building family resources. The offered services include material and medical support, educational scholarships, literacy classes, counselling, income generating activities and a communal garden project on land donated by the community.

1Youth Facilities
54Youths in our care 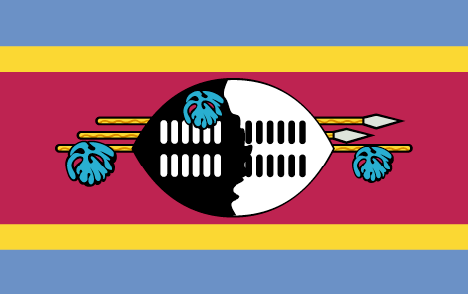 For a Mother and Her Children, Hope Restored
"Kindergarten is interesting"
A safe haven in Swaziland