In 2011, people took to the streets calling for increased levels of democracy and freedom. These protests then turned violent and civil war followed. Through these difficult times, we are working hard to protect the children and young people in our care. We are also working in partnership with other agencies to provide emergency relief to those affected by the conflict. At present there are two SOS Children's Villages in Syria, two SOS Youth Facilities, one SOS Social Centre and one SOS Emergency Relief Program.

SOS Children's Villages Syria has been active since the mid-1970s. We have established two SOS Children’s Villages; one in Khan El Assal near Aleppo and the other in Qodsaya, near Damascus. Our organisation also supports local families and children through a family strengthening programme.

Since August 2012, we have provided emergency relief to the most vulnerable. We work with various authorities, UN agencies and local NGOs in both urban and rural areas ar

ound Damascus, Aleppo and Latakia. Responding to the needs of the local population, we have distributed food, basic health provisions, and personal sanitary supplies. We plan to provide psychological and educational support to families and children.

2Youth Facilities
104Youths in our care

Syria Before the Conflict

In 2010, the Syrian Arab Republic had a population of around 22.5 million, 2.5 million of which lived in the capital, Damascus. The country had a diverse population with different ethnic and religious groups.

In the decades prior to 2011, the government worked towards improving the lives of the population, ensuring better access to education and health. However, although the poverty rate had fallen, it remained high; officially, 12 per cent of the population lived in poverty. The situation was especially acute in rural areas. In addition, Syria was home to around 1.4 million refugees from Iraq, and about half a million Palestinians.

March 2011 signalled the beginning of protests demanding greater democracy. The protests escalated and ultimately turned violent as opposition groups fought those loyal to the Syrian Ba'ath Party. The security situation deteriorated as the conflict affected millions of Syrians.

During 2013, an increasing number of people lost their livelihoods and homes. In April, according to the UN Refugee Agency, about 3.6 million people were internally displaced and in need of humanitarian assistance. Those in greatest need were often in the areas most affected by the violence, and therefore hard to reach. In addition, over 1.2 million people had left Syria and had sought refuge in neighbouring countries. These figures were expected to increase as the conflict continued.

Many families who live in Syria have experienced the difficult reality of living in a conflict zone. Those who have lost their homes now live with relatives or in schools and other public buildings for shelter. There is an increasing shortage of safe drinking water; as a result, aid organisations on the ground fear the outbreak of disease. Families also find it harder to get medical help and medicines are in short supply. The shortage of insulin creates hardship and suffering for many; an estimated 430,000 Syrians suffer from diabetes, 40,000 of them are children.

Before the uprisings, Syria was a demographically young country, with 35 per cent of the population under the age of 14. Prior to the hostilities, child labour and human trafficking were already recognised as problems in parts of Syria. According to aid agency reports, a growing number of children are now forced to work or are recruited as child soldiers. In times of conflict, children are in greater need of protection.

Childhood is lost when families are displaced from their homes, when a child witnesses scenes of violence or when education is disrupted. In many areas, it is not safe for them to venture outside. Activities that children formerly took for granted - going to school or playing in the park - are no longer possible. An estimated 2,400 schools have been destroyed and others have been turned into shelters.

Children who are especially vulnerable include those from low-income or minority families, children with disabilities, or children from families where the breadwinner is no longer present. In these cases, family ties have become crucial; relatives support families who have lost their homes and livelihoods. Children who lose parents are often taken in by surviving relatives. 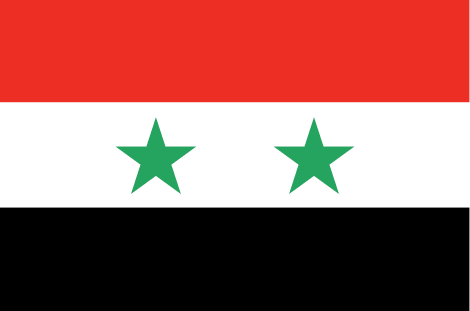