Sponsor a Child in Indonesia

SOS Children's Villages has been present in Indonesia since the early 1970s, when it started working in Lembang, near Bandung on West Java. The work of our organisation has adapted to the changing needs of the people of Indonesia; in some areas emergency relief programmes were set up as a response to natural disasters or armed conflict. Many of these have led to more permanent support, and SOS Children's Villages now supports children, young people and families in eight locations throughout the island state.

Sponsor a Child in Indonesia
Media

Sponsor a Child in Indonesia

SOS relies on the kindness and generosity of Canadians to be able to provide a home for the most vulnerable children of Indonesia.

Please help us ensure a loving home for every Indonesian child. Sponsor a child in Indonesia now. Your donation will help change an orphaned or abandoned child's life. 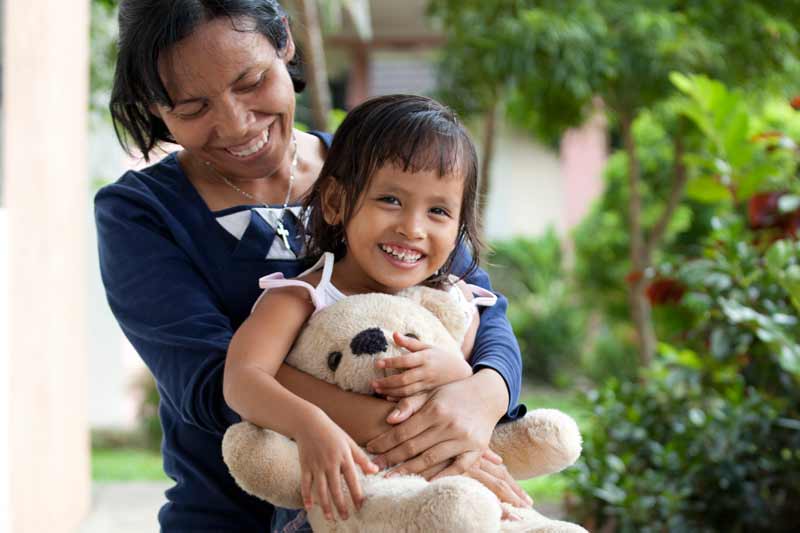 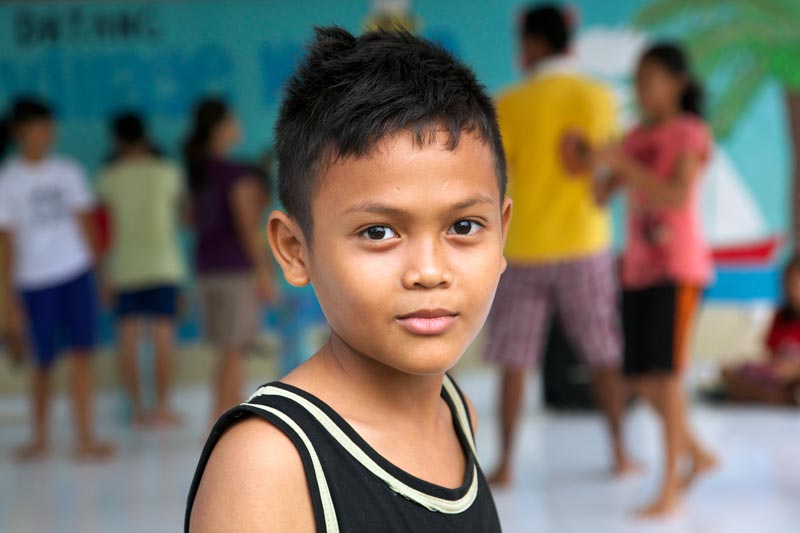 KINDERGARTENS
The SOS Kindergarten in Indonesia are a fundamental building block for the early development needs including, intellectual and social skills for children.
7
KINDERGARTENS
483
Kindergarten students

The people of Indonesia have suffered hardships due to natural disasters and political and economic changes. SOS Children's Villages has responded to the growing needs by increasing its work in the country.

Young children can be looked after in the SOS Kindergartens, older children in Lembang can attend the SOS Hermann Gmeiner primary school and young adults can live in special houses where they are supported by professionals. The SOS Social Centres provide health counselling and vital support to families in the community through the SOS Family Strengthening Programmes; working in collaboration with local agencies, we assist families with income generation, parenting skills or legal support to allow them to stay together. When children can no longer stay with their families, they are cared for by their SOS mothers in one of the SOS families.

The Republic of Indonesia spreads for nearly 5,000 kilometres across the equator and consists of more than 17,508 islands. The country shares the island of Borneo with Malaysia and Brunei; it shares New Guinea with Papua New Guinea.

Indonesia is the world's fourth most populous nation and has around 245.6 million inhabitants (July 2011 est.). The capital city of Jakarta is home to 9.1 million. It is an ethnically diverse country, where more than 659 languages are spoken.

A country struggling to reduce inequalities

Indonesia has seen many changes in recent decades, including, in 1998, the fall of President Suharto, who had been in office for 32 years. The consolidation of democracy remains a challenge in this big, fragmented state.

Indonesia has made some progress in reducing poverty, but many remain poor and vulnerable. About 14 per cent of people work in agriculture, 47 per cent in industry and around 39 per cent in services (2012 est.). Indonesia's varied natural beauty and cultural diversity means that tourism is an important source of income and employment. The official unemployment rate is 6.1 per cent (2012 est.).

Over 11 per cent of the population lives under the nationally-defined poverty line. Poverty is mostly a rural phenomenon. The infrastructure in rural areas is in need of development - it is estimated that only 71 per cent have access to improved drinking water and just 36 per cent to improved sanitation facilities. Access to services such as health and education is also better for people who live in urban areas, than for those living in the countryside.

As a result of the lack of opportunities in rural areas, many are forced to move to cities in search of work - the cities of Surabaya, Bandung and Medan already have more than two million inhabitants each. The desperate conditions in the countryside make many vulnerable to the false promises of human traffickers: in spite of new laws and stricter penalties, trafficking of women and children for forced labour, prostitution and debt bondage continues to be reported.

There are 74.4 million children under the age of 18. Despite recent improvements, many children continue to face hardships. Due to the economic situation of their families, some children have to leave school and go to work. It is estimated that around seven per cent of children between the ages of five and 14 are involved in child labour. Children work in all sectors, often under unfavourable conditions, and most do not attend school. Child domestic workers are often found in middle class households in urban areas. Other working children can be found begging, cleaning cars or selling merchandise on the streets.

Although it is difficult to know exactly how many children are involved in prostitution, it is believed to mostly affect girls from poorer families or those who have run away from their families. The number of child marriages is relatively high with over one fifth of children being married early; this figure increases to 30 per cent in rural areas. Many of these marriages end in divorce. Girls who cannot return to their families of origin often turn to prostitution to make a living.