Sponsor a Child in Israel

Sponsoring a Child in Israel

SOS relies on the kindness and generosity of Canadians to be able to provide a home for the most vulnerable children of Israel.

For just $36/month you can sponsor a child in Israel and help provide an orphaned or abandoned child with:

Please help us ensure a loving home for every Israeli child. Sponsor a child in Israel now.

The Israeli SOS Children's Villages Association was founded in 1977 in order to support children who were orphaned or who could no longer live with their families.

The organization started working with children and young people in Arad, and later, in 1997, in Midgal Haemek, near Nazareth. The work of SOS Children's Villages has adapted to meet the changing needs of local children, young people and families. At present there are in Israel two SOS Children’s Villages, two SOS Youth Facilities and four SOS Social Centres.

2Youth Facilities
48Youths in our care 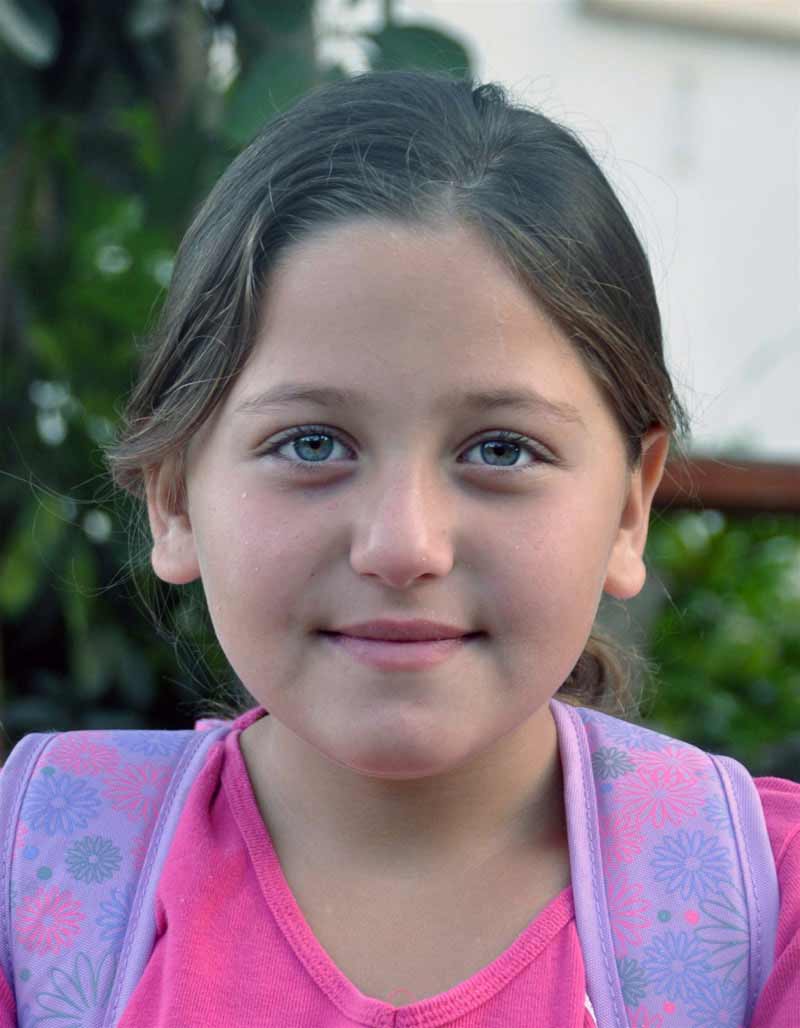 SOS has two Children's Villages located in Migdal Haemek and Arad where the children live in family homes along with an SOS mother. The SOS mother raises the children as her own and ensures they receive all the things necessary for a happy and nuturing childhood. Each child is ensured an education, health care and all the benefits of a stable and loving home.

SOS Children's Villages supports the communities in two locations in Israel. The SOS Social Centres provide programs to fit the local needs; child care is provided for poor children from the surrounding areas while their parents work or receive training. In other areas, after-school programs ensure that children have a daily hot meal. SOS Children's Villages works with local agencies in order to enable children to grow up in their families. The participating families are organized into committees, who run community homes and child-minding centres. When children cannot stay with their families, they can be looked after by the SOS mothers in the Children's VIllages. As the children get older, they can move into special houses where they are guided on their path to an independent life with the help of child care professionals.

Some facts about Israel 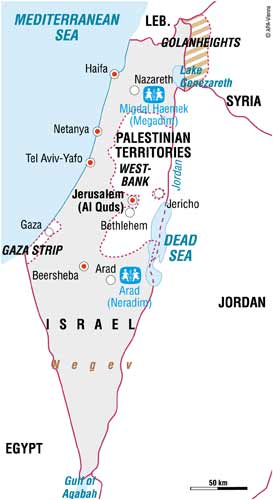 The State of Israel is situated in the Middle East. It has borders with Lebanon in the north, Syria in the north east, Jordan in the east and Egypt in the south west. The Mediterranean Sea lies to the west of the country.

Israel has approximately 7.5 million inhabitants (July 2010) with the city of Jerusalem being home to around one tenth of the total population. Most of the people (76.4 per cent) are Jewish, around 17 per cent are Muslim and about two per cent are Christians.

The State of Israel was officially proclaimed in 1948. The conflicts with the Palestinians and Israel’s Arab neighbours intensified over the decades that followed, which led to Israel occupying territories such as the Golan Heights, the West Bank, the Sinai Peninsula and the Gaza Strip.

A high level of poverty in spite of a strong economy 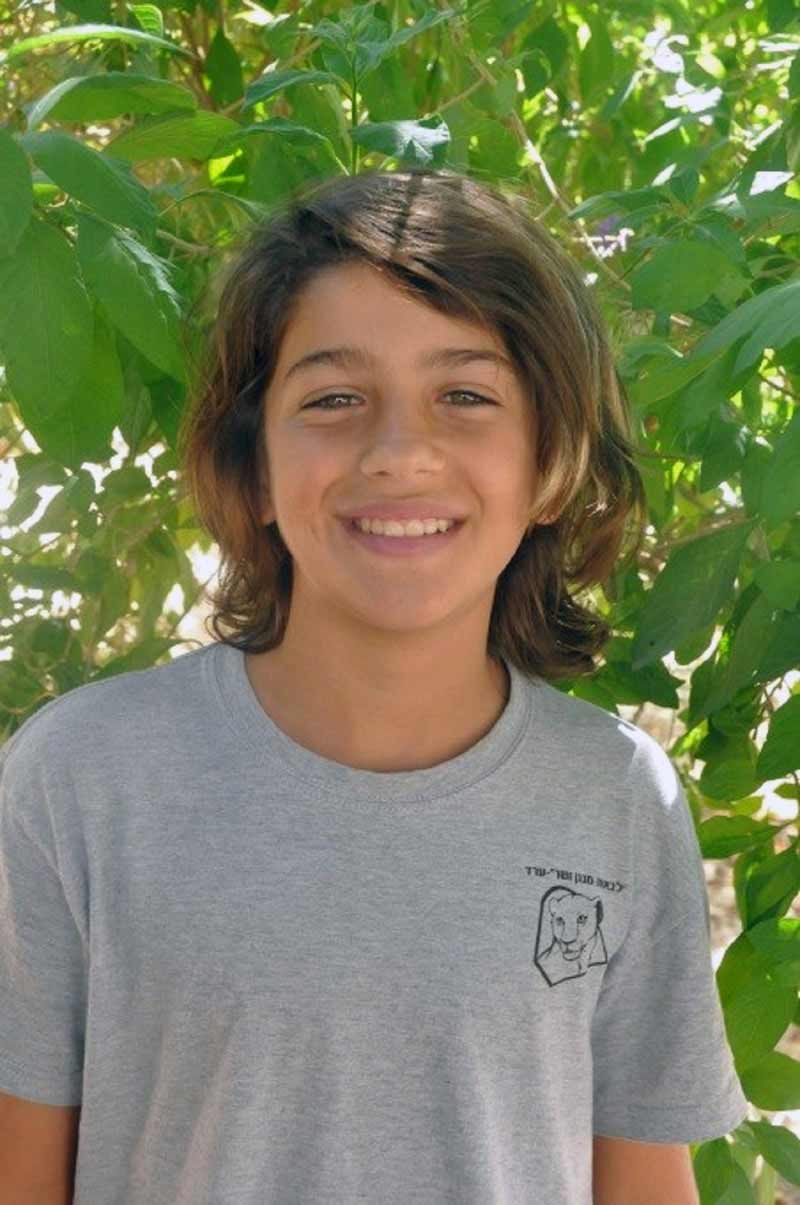 Israel is a service-based economy – the sector employs 82 per cent of the labour force. The country has developed its agriculture and industrial sectors, in spite of limited natural resources. Industry employs 16 per cent of the working population. At present, agriculture employs two per cent of the population and they produce fruit, vegetables, cotton, meat and dairy products. The financial crisis of 2008-2009 caused a brief recession, but the country recovered quickly; by 2010, the unemployment rate had fallen to 6.4 per cent.

Although in general terms Israel has a high and improving standard of living, there is a widening wealth gap; nearly a quarter of the population lives below the nationally-defined poverty line. Most of these are Israeli Arab or Haredi Jewish families, but elderly people and children are also found among this group.

Situation of the children in Israel

Demographically speaking, Israel is a young country: 28 per cent of the population is under the age of 14. The recent social changes have affected the lives of children, especially as economic crises and political conflicts have led to cuts in social welfare programmes.

Israel ratified the UN Convention on the Rights of the Child in 1991, and although many measures have been introduced and implemented to improve the lives of children, the country has one of the highest rates of child poverty among the Organisation for Economic Cooperation and Development (OECD) countries; more than a quarter of Israeli children live in poor households . Most of these children live in families of Arab origin or in Haredi Jewish households. In some cases the carers are working but the wages are very low.

Israel invests over six per cent of its gross domestic product in education. The majority of children attend state schools but the option of attending private schools also exists. Israeli children have to attend school from the age of six, and after completing secondary education most are conscripted into the Israel Defence Forces. 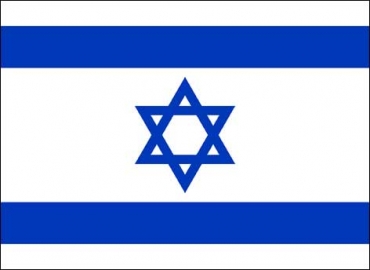