In the immediate vicinity of the small town of Bikfaya, the Village Bhersaf stretches out along the winding mountain road, at an altitude of about 1000 metres above sea level. Pine woods surround the SOS Children's Village, which is built on the slope of the hill and enjoys impressive views of the sea, the coastal towns and Beyrouth.

The SOS Children's Village consists of twelve family houses, the Village Director's house, housing for the SOS aunts, who take care of SOS children during the absence of SOS mothers, administrative and service areas, 5 workshops, a theatre, and a shelter and living quarters for retired SOS mothers. During their leisure time, children may use the handicrafts room, the library, the sports field or the playground for all kinds of activities. There is a sufficient number of schools in the vicinity which enables all children to take classes near their homes. As soon as youths reach the age of 14 or 15, they move to the SOS Youth Facilities in Beyrouth. Being admitted to an SOS Youth Facility is synonymous to the beginning of their independence. SOS mothers, the Village Director and a psychologist prepare them carefully for that change. Usually, youths stay up to four years in an SOS Youth Facility. They may stay longer, however, if they go on to study at a university.

While the 25-year-long Civil War was still raging in Lebanon, in 1986, the SOS Social Centre Mkallès was founded by the Lebanese SOS Children’s Village Association. It is located in an eastern suburb of Beyrouth, on the fourth floor of a big apartment building. The misery suffered by a great number of half-orphaned children worsened during the Civil War in Lebanon and the resulting economic crisis was decisive for the foundation of the SOS Social Centre. The SOS Social Centre consists of workshops, an exposition hall and a warehouse, and office rooms for social workers. In the workshops, widowed mothers produce different kinds of handicrafts such as Lebanese puppets, tablecloths, towels and pillows. These women, who have to fend for their families on their own, learn ways of supporting their families in the workshops. Expositions are regularly held during which the handicrafts may be sold. In addition, they are put up for sale in the SOS shop in Sin El Fil and numerous other shops in the area. 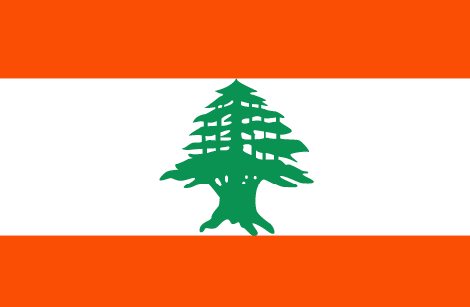 Lebanon’s Looming Mental Health Crisis: 12 Months of Distress and Loss Following Devastating Port Blast
Rising from the rubble
Beirut: Resilience in the Aftermath
Explosion in Beirut
A Mother Like No Other - SOS Mother Joumana