Sponsor a Child in Malawi

Malawi is heavily affected by the HIV/AIDS pandemic.

Tens of thousands die each year because of AIDS.

The extent to which the disease affects the country's children is beyond compare. SOS Children's Villages is helping vulnerable children and young people through its three different programmes across the country.

Sponsor a child in Malawi

Please help us ensure a loving home for every Malawian child. Sponsor a child in Malawi now.

Sponsor a Child in Malawi

SOS relies on the kindness and generosity of Canadians to be able to provide a home for the most vulnerable children of Malawi. 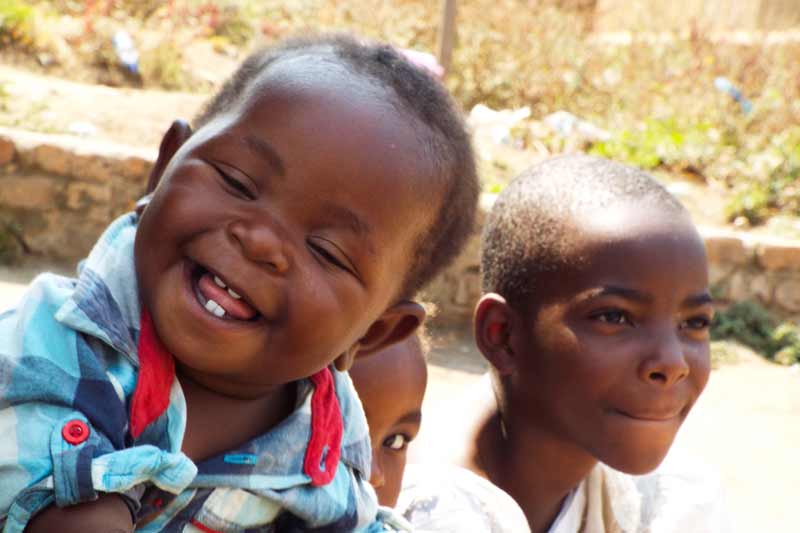 Our organisation has been running an SOS Family Strengthening Programme as a reaction to high levels of HIV/AIDS in the country. The programme enables children who are at risk of losing support and care of their family to grow up within a caring family environment.

We are currently helping Malawian children in three different locations by providing day care, education, vocational training and medical assistance. Children whose families can no longer take care of them can find a loving home in one of the SOS families.

KINDERGARTENS
The SOS Kindergarten in Malawi are a fundamental building block for the early development needs including, intellectual and social skills for children.
3
KINDERGARTENS
359
Kindergarten students

MEDICAL CENTRES
SOS Medical Centres in Malawi provide quality health care to the children in our care, our staff, our staffís family as well as people in the surrounding community.
2
MEDICAL CENTRES
24713
Patients

Some facts about Malawi

Malawi is a landlocked country in Sub-Saharan Africa. According to the most recent census, the country's population amounts to roughly 15.8 million. Malawi's largest city Lilongwe, in the central region, is also its capital.

Since 2007, the country has seen economic growth. International organisations are hoping that economic progress will be as inclusive and equal as possible.

At present, Malawi is among the world's most densely populated and least developed nations. Although the government has been making efforts to fight high levels of HIV/AIDS, the pandemic still profoundly affects the country both demographically and economically. Life expectancy is very low and Malawi's death rate continues to be one of the highest in the entire world.

The country's main economic pillar is agriculture, employing about 80 per cent of the workforce and accounting for roughly 40 per cent of the gross domestic product. Tobacco is the most important commodity and accounts for roughly half of all exports. Malawi largely depends on multilateral and bilateral economic assistance by the IMF, the World Bank and individual donor countries.

Situation of the people

Malawi is one of the poorest countries in the world. According to the United Nations, more than half of the population live in poverty. Out of 182 countries on the U.N. Human Development Index, Malawi currently ranks 153. Tens of thousands, particularly in rural areas, face unimaginable living conditions.

They remain without access to running water, decent sanitation and medical facilities. The proportion of poor is highest in rural areas of the southern and northern parts of the county.

Access to public services and economic opportunities is profoundly unequal across the population. 30 per cent of the country's children do not even start primary school.

The HIV/AIDS pandemic has a strong impact on society. Around 11 per cent of Malawians between 15 and 49 years of age live with HIV/AIDS, making the country one of the most affected nations worldwide. The disease remains the biggest health issue in the country. More than 50,000 Malawian citizens lose their lives to AIDS every year. After many years of silence, the authorities have now taken action and an ambitious programme to tackle HIV/AIDS has been launched.

Until 2005, Malawi was marked by chronic food insecurity. Weather-related crop failures and only marginal increases in the price of food drive millions to the brink of starvation. Malawi is highly vulnerable to changing climate conditions and natural disasters. During 2005/2006, the government introduced a heavily criticised subsidy programme, allowing small-scale farmers to buy fertilizers at a low, subsidized price, which in turn led to a rapid increase in production.

Situation of the children in Malawi

Sub-Saharan Africa is the region with the highest prevalence of child labourers worldwide. In Malawi, 26 per cent of children aged five to 14 are engaged in child labour activities. While young boys typically work in the fields, girls sell merchandise or engage in commercial sex work. It is estimated that more than 78,000 children work on tobacco farms, some of them up to 12 hours per day and without adequate clothing. Tobacco pickers are exposed to nicotine poisoning equivalent to smoking 50 cigarettes a day.

High levels of poverty and HIV/AIDS are the main factors that drive thousands of children into child labour. In the tobacco and tea industry, families are under constant pressure. In most cases, children coming from these families are not able to attend school because they have to work in order to support their families with the extra money they make.

In one of Africa's poorest countries, one in five children is malnourished. Although child mortality has improved substantially since the 1990s, Malawi is still marked by a fairly high under-five mortality rate of 110 per 1,000 live births.

In Malawi, the risk for a child to lose parental care is comparatively high. The number of children who live without parental care or are at the brink of losing it is expected to rise in the years to come, although at a decreasing rate. At present, 1,000,000 children in the country are growing up without either one or both their parents, 650,000 of them because of AIDS.