Home » About SOS » Where We Help » Asia » Philippines

SOS Children's Villages has been working in the Philippines since 1967 and in Tacloban since 1970. We have provided support to families who are at risk of breaking down and loving care to children and young people who cannot live with their parents. In November 2013, Typhoon Haiyan severely damaged the area, leaving hundreds of thousands in urgent need of food, safe drinking water and shelter. 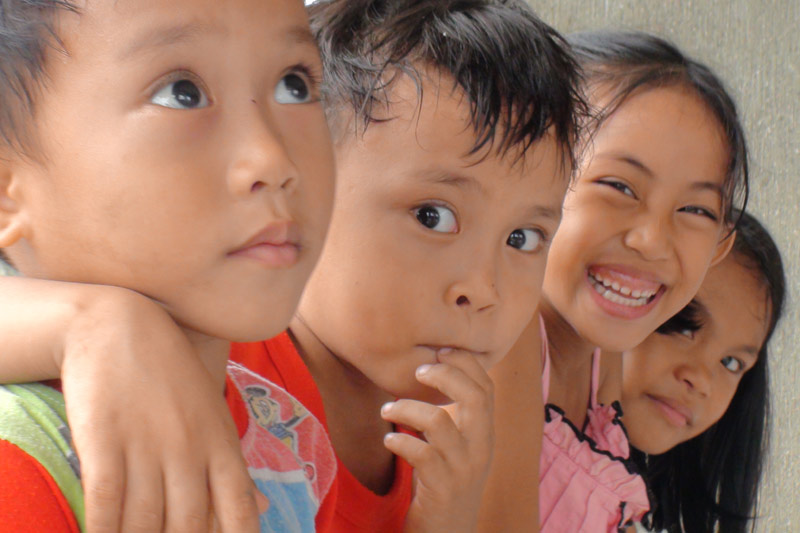 What we do in Tacloban

Since 1970, SOS Children's Villages has been providing different kinds of support to the local population. The family strengthening programme assists families who are at risk of abandoning their children. SOS Children's Villages therefore works with local authorities to assist families and enable them to take good care of their children. We give nutritional, educational and health support. We provide counselling and improve people's parenting skills. The SOS Social Centre also administers essential medical treatment. In the immediate aftermath of Typhoon Haiyan we provided urgent assistance to the many families who had lost everything. We gave them temporary shelter and help rebuilt homes; we provided nutritional and medical support. We also created child-friendly spaces where local children could play and receive psychological support from our trained and experienced staff. We worked hard to reunite families.

Fortunately, the twelve SOS families from SOS Children's Village Tacloban survived Typhoon Haiyan, but they lost all of their belongings and had to leave their homes. The SOS families were moved to other SOS Children's Villages in the Philippines and slowly returned to Tacloban when their homes were rebuilt. The children in our care are offered special support according to their needs, especially at difficult times like these.

We also run an SOS Youth Programme in the area. With the support of qualified professionals, young people are guided through this new stage of their lives, as they start vocational training courses, attend higher education and look for work. They are encouraged to develop realistic perspectives for their future, learn to shoulder responsibility and increasingly make their own decisions.

A city with many vulnerable families

Milagrosa, which is located about four kilometres from the city of Tacloban, on the island of Leyte, was the second location where SOS Children's Villages started working in the Philippines. Tacloban is one of the largest cities in the region. As well as being an important port, it is an administrative, economic and cultural centre.

Before Typhoon Haiyan hit the city, about nine per cent of the population was poor. However, local experts believed the actual figure to be higher. The situation worsened after the typhoon greatly damaged the city.

In order to escape grinding poverty in rural areas, in the past decades many people moved to Tacloban in search of a better live. However, most ended up joining the thousands of urban poor and living in slum-like conditions. They had no clean water, sewerage systems or electricity, and access to other social services such as health care and education was lacking. These vulnerable families and their children were among the hardest hit by the 2013 typhoon. Those who survived the storm were in dire need, struggling to find shelter, food and medicines.

Supporting parents so that they can care for the next generation

SOS Children's Villages has been present in Tacloban for over four decades. In this time, we have become well known and respected among the local population. We also work closely with other organisations responsible for protecting the rights of children. Our family strengthening programmes assist families by giving them food, and granting children scholarships so that they can go to school. When Typhoon Haiyan hit, the well-established network allowed SOS Children's Villages to provide swift support to people in need.