The work of SOS Children’s Villages in Brazil started in the late 1960s. Although Brazil has seen steady economic growth over recent years, large segments of the population do still not benefit from the progress their country has made. The socioeconomic situation of the people in the suburbs of many larger cities and in rural areas is rather precarious. 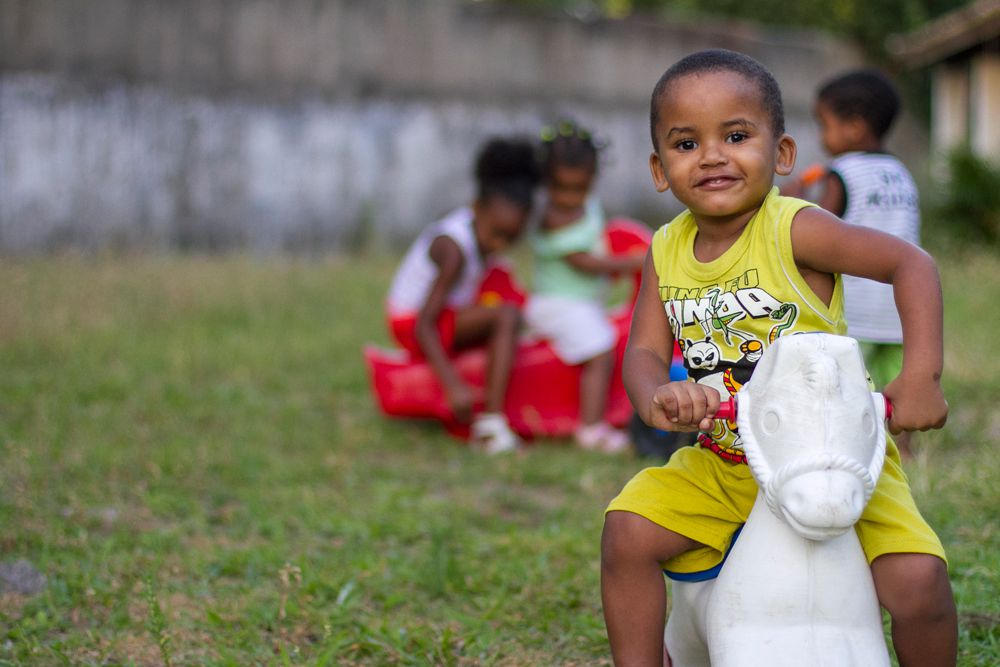 SOS Children's Villages first started working in Brasilia, Porto Alegre and Poá. The socioeconomic situation of millions deteriorated as a result of the economic crisis that deeply affected the country for various years. In 2003, the organisation started an SOS Family Strengthening Programme, aiming to support young people and children who are at risk of losing the care of their family.

During its 40 years of existence in Brazil, SOS Children's Villages has built schools, medical centres, and social centres. At present, our organisation is supporting Brazilian young people and children in 15 different locations by providing day care, education, medical assistance and vocational training. Children whose family can no longer take care of them can find a loving home in one of the SOS families.

The Republic of Brazil’s capital is Brasilia, although both Rio de Janeiro and Sao Paolo are better known cities due to their importance as major tourist destinations. The population of Brazil is about 197 million.

After more than three centuries under Portuguese rule, Brazil gained independence in 1822. Economic growth has marked Brazil in the last years: at present, Brazil’s economy is growing by roughly five per cent every year. The discovery of major offshore oil reserves could mean an even greater boost for the national economy. Brazil is now part of a group of newly emerged economic powers generally referred to as "the BRICs", an acronym for the countries of Brazil, Russia, India and China.

Despite economic progress, many Brazilians face a life in poverty

Over the last decade, Brazil has consistently improved its position UN Human Development Index. Poverty levels noticeably decreased during the presidential term of Luís Ignacio da Silva (“Lula”). While in the year 2003, around 38 per cent of Brazilians lived below the poverty line, this figure dropped to roughly 24 per cent in 2009.

However, extreme poverty still persists in many areas of the country, particularly in the Northeast and in Brazil’s largest urban centres. Nearly one in four Brazilians faces a life in shacks where regular access to water and electricity is rare. In regions like rural Bahía and Minas Gerais, the illiteracy rate is still at a shocking 30 per cent. Income inequality remains a problem in present-day Brazil. A large gap between the rich and the poor still persists, causing social and economic divide in the country. Much of Brazil’s land is in the hands of just a few wealthy families.

The deforestation of the Amazon, heavily criticised by numerous non-governmental organisations and environmental protection groups, is still an issue of both national and global concern. A vast part of the Amazon forests, which a large number of Brazil’s indigenous tribes call their home, have been destroyed over the last decades.

There has also been a controversial political debate concerning the construction of one of the world’s biggest hydroelectric power plants in the Amazon region. Soaring crime rates remain a major issue in Brazil’s largest cities. Sao Paolo and Rio de Janeiro are among the most dangerous urban centres in the Americas. In the favelas, extreme poverty and unimaginable social conditions mark the lives of thousands of Brazilians. There is no regular access to drinking water, electricity and sewage systems. 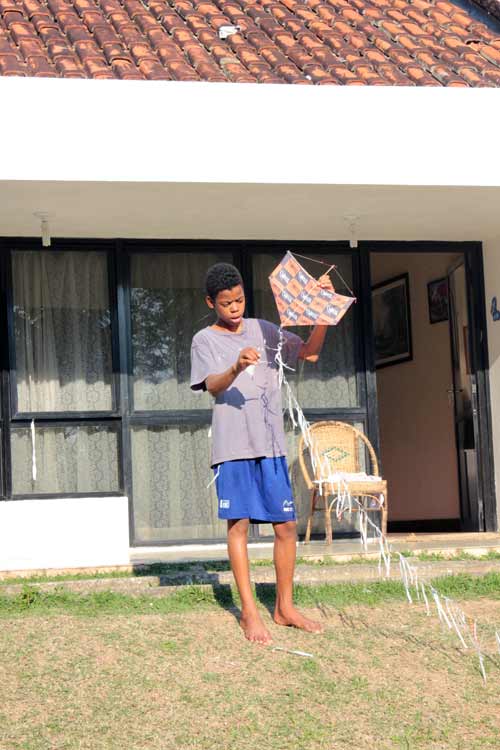 Children are forced to work due to poverty

Brazil is – demographically speaking – a very young country: around 25 per cent of its citizens are less than 15 years of age. In regions that are marked by high unemployment rates, children often face a substantial risk of growing up in an unstable domestic environment. Child poverty is particularly concentrated in the north-eastern region of Brazil. In the state of Alagoas, roughly 57 per cent of children aged one to eleven live in families that have to get by with less than half the country’s minimum wage.

Quite frequently, young children have to engage in labour activities in order to put food on the table for an entire family. In the state of Piauí, approximately 26 per cent of children between 10 and 15 years of age are working. 1.5 million children in Brazil face a life in homes that do not have solid walls. In the Amazon region, a striking 97 per cent of children do not have access to decent sewage systems, which increases the risk of these children to contract all kinds of diseases. Undernourishment and food insecurity remain persistent problems in present-day Brazil, a rather disturbing fact in a country that is extremely rich in natural resources.

In the Rio Grande do Norte and Maranhão states, over 50 per cent of children and adolescents aged 5 to 17 suffer either moderate or severe food insecurity. However, the government has put into practice social welfare programs like “Bolsa Familia” to fight famine and extreme poverty in low-income families.

In the country’s largest cities, particularly in Rio de Janeiro and São Paulo, children without parental care often end up on the streets where they are vulnerable to gang violence, sexual abuse and drug addiction. Most of them are child labourers: they shine shoes or sell merchandise at traffic lights or on the side of the road. According to national estimates, roughly 24,000 children and adolescents call the streets of Brazilian cities their home. Without a caring family environment, the lives of these children will very likely remain marked by violence, abuse and neglect even when they become adults.

Young people in Latin America building their future
A Venezuelan family’s journey to stability
SOS Children’s Villages Applauds Canada’s Commitment to Respond to Venezuelan Children on the Move
How One Family is Rebuilding Their Life in Brazil
Empowering Youth Through Skills and Opportunities
Troubled Teen to Olympic Torchbearer
Dante Bonfim Costa’s Message to Olympian Mavis Chirandu
Former SOS Child Competing in the Olympic Games in Rio
From the bad guy to the hero: How the SOS Community Centre helped Leonardo
A prolific future for Sergio in Brazil - #putchildrenfirst