Home » About SOS » Where We Help » Europe » Greece

While the standard of living in Greece was fairly high in previous years and the country had the biggest economy in the Balkans, recent developments have brought great insecurity, especially for young Grecians who are looking into their futures fearfully. The full impact of the current financial crisis remains to be seen.

Vari was the first location in Greece where SOS Children’s Villages began its work. The small town of Vari forms part of the Vari-Voula-Vouliagmeni municipality, and is located in East Attica on the Saronic Gulf coast, just twelve km from the Acropolis. It has a population of approximately 11,000.

Greece has been a country in crisis since its credit rating was downgraded in late 2009. In order to receive the rescue package that Greece urgently needs so that debt repayments can be made on time, the government has been introducing increasingly tough austerity measures, including pay cuts, fuel price increases, and tax rises. These measures have been met with protests by the unions and the general population; as austerity measures have become increasingly stringent, protests have become increasingly violent.

Life has become a struggle for many families in Greece: VAT is now 23 per cent, while the minimum wage has been cut by 22 per cent. This means that it is becoming increasingly difficult for people on the lowest rungs of the socio-economic ladder to get by, especially when they have many children. While previously the reasons why children came to live in an SOS Children’s Village was often alcoholism, drug abuse or illness in the family, today many parents simply cannot afford to care for their children.

The future is looking grim for thousands of Greek families

The continuing uncertainty of the Greek economy has also led to shrinking employment opportunities and industrial production, leading to sky-rocketing unemployment rates, which reached 20.9 per cent in November 2011. Young people are most severely affected: almost 50 per cent of all 15-24-year-olds are now unemployed.

2012 data shows that up to 20 percent of the Greek population is now at-risk of falling into poverty. This affects over 860,000 households in total. Single parents, especially when unemployed, are particularly vulnerable.

SOS Children’s Villages has felt the effects of these events very strongly, not least because as of 2011 charities also have to pay high taxes in Greece. And there are more and more desperate parents turning to SOS Children’s Villages as an absolute last resort, having exhausted their own family support network – an increasing number of them from the middle classes. In fact, the number of requests made to us increased by 64.5 per cent in 2011. We have been providing financial as well as emotional support to these families.

What we do in Vari

SOS Children's Villages began its work in Vari in 1982.  For children from the region who are no longer able to live with their parents, nine SOS families can provide a loving home for up to 48 children. In each family, they live with their brothers and sisters and are affectionately cared for by their SOS mother. The children attend local schools and are therefore integrated into the local community.

When young people from the children’s village are ready to leave their family in order to pursue further education or vocational training, the SOS Youth Programme provides shared accommodation in Athens. With the support of qualified counsellors, the young people learn to take responsibility, plan their future and prepare for independent adult life.

In Athens, we also provide counselling and psychological support, as well as a family strengthening programme, which aims to alleviate hardship in the community in a holistic and sustainable manner. We offer support to families struggling to care for their children so that they can stay together and children are not abandoned. In Athens, there is also an SOS Crisis Intervention Centre for abused babies and infants. 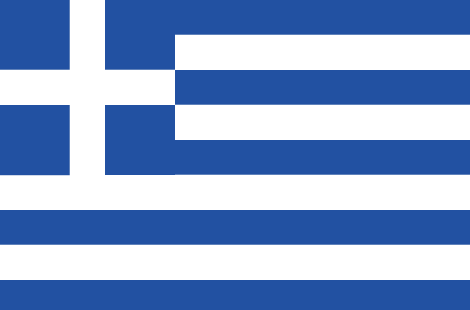