The opening ceremony was 10 January 2015, five years after the earthquake that killed 200,000 people on the island.

Five years after the earthquake that devastated the country, SOS Children's Villages' support for Haiti continues with the inauguration of a third Children’s Village to provide families and homes for children who lost parental care.

Expanding our work in providing loving homes and family-based care for children who have lost parental care, SOS Children’s Villages is set to inaugurate its third children’s village in Haiti. The newest village is in Les Cayes, in the southern part of Haiti.

SOS Children's Villages in Haiti actively supports children and communities in Santo, near the capital city of Port-au-Prince, Cap-Haïtien in the north, and now also in Les Cayes, in the south.

The SOS Children's Village Les Cayes was made possible thanks to funds from a variety of donors, as well as the support of SOS Children’s Villages member associations in Sweden, Germany, Norway, France, Austria, the USA, Netherlands and Luxembourg.

The ongoing SOS Children’s Villages Emergency Programme for Haiti, launched after the 2010 earthquake, includes a series of construction, reconstruction and renovation projects. With the help of its donors and partners, SOS Children’s Villages has also made significant investments in Haiti’s educational system, with the construction or renovation of eight schools. In addition, SOS Children's Villages supports community centres, family strengthening programmes, vocational training centres and its three Children's Villages in Santo/Port-au-Prince, Cap Haitien and Ley Cayes.

SOS Children’s Village Les Cayes, the newest, will comprise private family homes for 14 SOS families and one house for the 13 SOS ‘aunts’, who help the SOS mothers look after the children. The village is planned to support up to 135 children.

An office for administration and a house for overnight visitors to the village are also on site. With almost 26,000 m2 in land, the SOS Children’s Village Les Cayes includes ample play, recreation and communal areas for its 14 families. 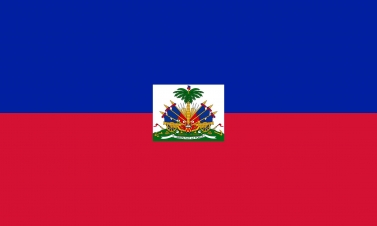