Sponsor a Child in Pakistan

SOS relies on the kindness and generosity of Canadians to be able to provide a home for orphaned and abandoned children in Pakistan.

Today, SOS is providing over 1,400 orphaned and abandoned children with a loving home, quality education and all the necessities for a normal life. Unfortunately there are so many more children that still need your help!

For just $36/month you can sponsor a child in the Pakistan and help provide an orphaned or abandoned child with:

Please help us ensure a loving home for every Pakistani children.  Sponsor a child in Pakistan now. 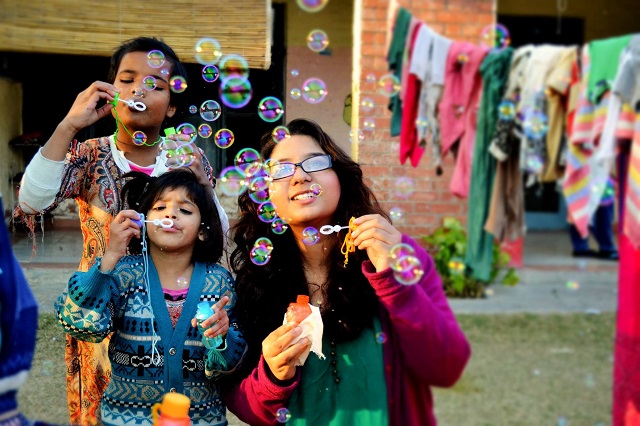 MEDICAL CENTRES
SOS Medical Centres in Pakistan provide quality health care to the children in our care, our staff, our staffís family as well as people in the surrounding community.
1
MEDICAL CENTRES
800
Patients
Media
Image 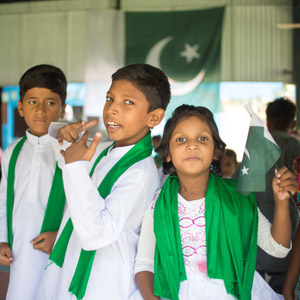 SOS Children's Villages has been working with children and their families in Pakistan since 1975. As a result of natural disasters, political unrest, as well as civil war and military disputes in the various regions, the people of Pakistan have been exposed to a life of great social misery, which has affected children in particular.

Sponsor a Child in Pakistan

SOS Children's Villages has been working with children and their families in Pakistan since 1975. As a result of natural disasters, political unrest, as well as civil war and military disputes in the various regions, the people of Pakistan have been exposed to a life of great social misery, which has affected children in particular.

Some facts about Pakistan

Pakistan is one of the most populous countries in the world with a population of around 187 million (July 2011 est.). The capital city is Islamabad, which is home to over 900,000 people.

The present day Republic came into existence in 1956, nine years after the area gained independence from the British Empire. In 1971, the area known as East Pakistan became Bangladesh. The decades that followed partition saw periods of military dictatorship interspersed with civilian rule. In addition, violent conflicts within the national boundaries and in neighbouring countries have added to the political and social instability 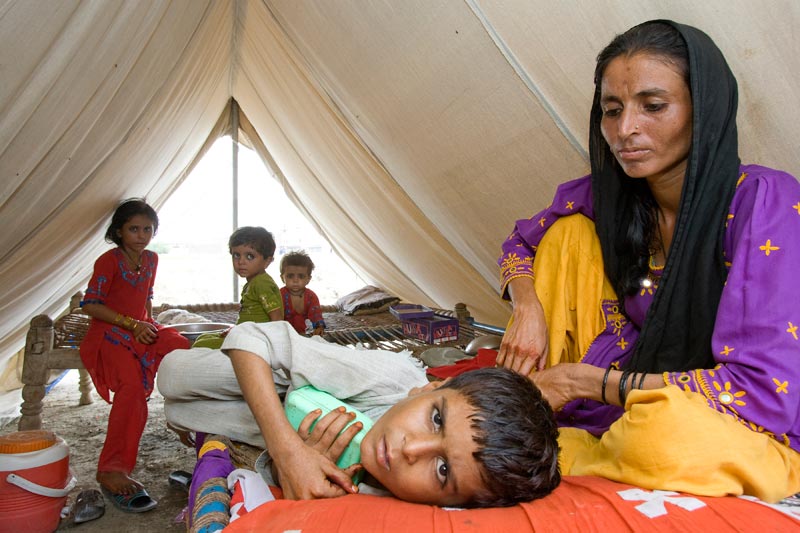 A fate determined by national disaster and political instability

The people of Pakistan face numerous problems, which include poverty, illiteracy, poor access to health care, corruption and terrorism. About a quarter of the population lives under the nationally-established poverty line, with rural areas and areas of conflict being the poorest. Agriculture continues to play an important part in the Pakistani economy. However, recent reforms have increased the role of manufacturing and the financial service sector.

Although the economy had been growing in recent years, it slowed down in 2008-2009, and the unemployment figure rose to 15 per cent in 2011. Shortages in the electricity supply resulted in industry shutting down as well as food and fuel prices rising, which led to street protests. Economic development is further hampered by natural disasters and military conflicts.

On 8 October 2005, northern Pakistan experienced the most debilitating earthquake in the country's history. According to government figures, approximately 73,000 people died, over 2.8 million were left without shelter, and about 2.3 million were without adequate food. Another natural disaster struck in 2010: Pakistan suffered the worst monsoon floods recorded in its history, which destroyed livelihoods and affected more than 20 million people.

It is estimated that over three million people have been displaced by the conflicts in north-west Pakistan. Further conflicts in Kashmir and Punjab have caused additional human misery. In 2001, military action in neighbouring Afghanistan caused millions of refugees to flee across the borders in search of safety. It is estimated that over a million refugees are still in the country.

Situation of the children in Pakistan

There are around 79 million children living in Pakistan. The decades of political turmoil and the aftermath of natural disasters have affected the lives of millions of children. It is estimated that in the 2010 floods alone, ten million children lost their homes and their belongings, and no longer have access to health care and education.

Many families simply cannot afford to send their children to school or take them to the doctor. Poverty forces children to go out to work. Often, children who have moved to urban areas with their families are found working - selling goods or shining shoes - on the city streets.

Only 63 per cent of Pakistani children finish primary school; most of these live in urban areas. Girls are less likely to attend or finish school than boys, and their education often suffers further due to early marriage. Before the 2010 floods it was estimated that one in three girls was married before they reached the age of 18. The post-flood number is believed to be higher. 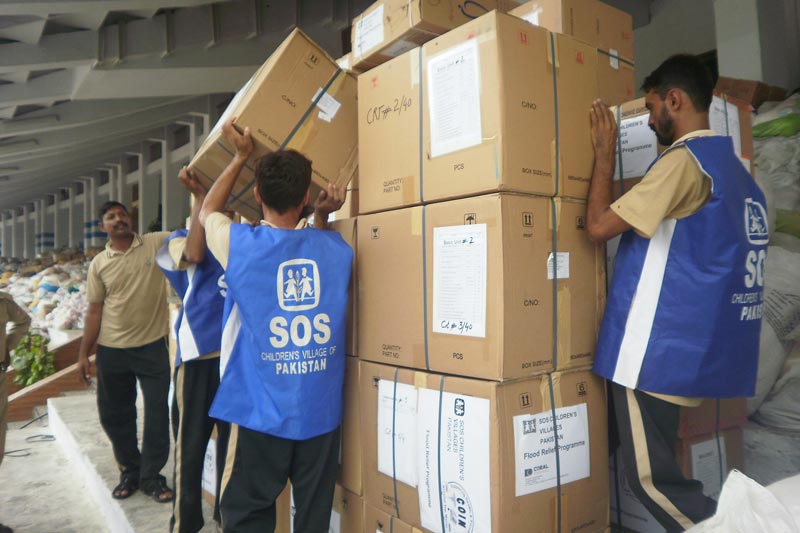